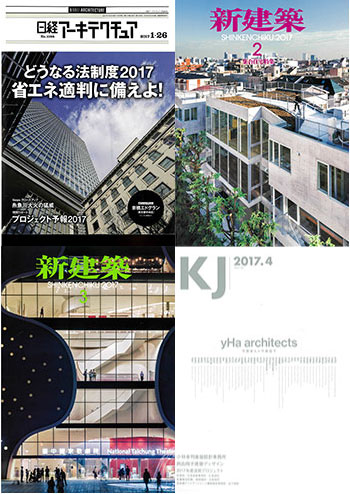 Essays by Jun Mitsui were published in SHINKENCHIKU Magazine for February 2017 and March 2017.