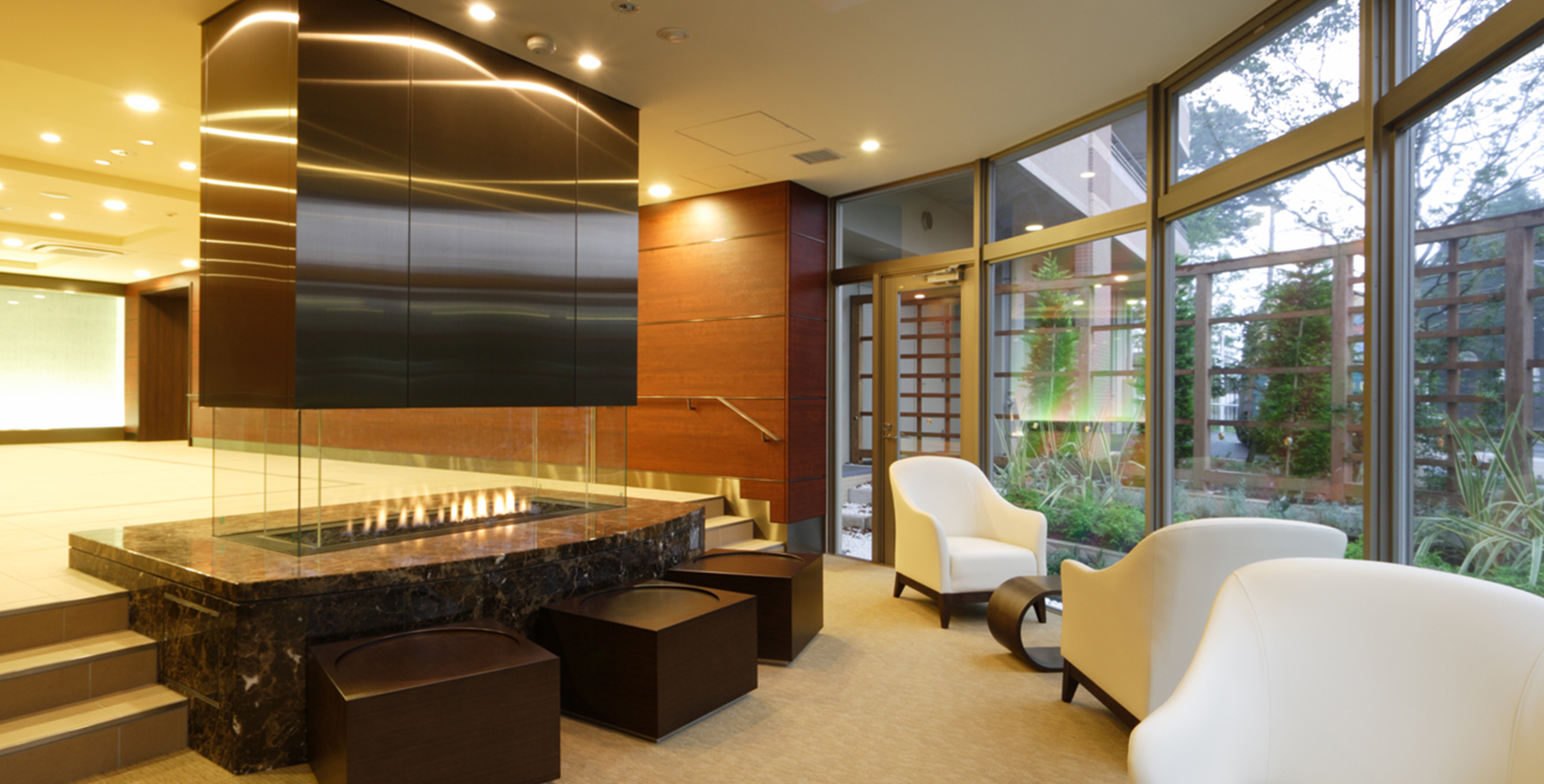 This project is based on a development approach stipulated by the first official parks act. The south side faces the Seibu line and it is planned that the other side of the building will have a large park constructed next to it.

The design of the exterior expresses differences between each section so that the building has character and is not just simple and large; the southward side faces the train track and the road, the east side has an urban expression, the west side faces the park and each room has a 3m balcony in the style of a mansion. For each section, a large variety of design expressions were put together such as the three layer structure, vertical segmentation and accent expression by tiles which created a sense of individuality between the dwellings. The colour of the exterior is considered to be in harmony with the abundant nature in the area with earth colours and green set as the base colours.

The interior space has a characteristic lounge area with a fireplace, it is multifaceted and a productive space was created that includes other assembly rooms and an owners gallery.