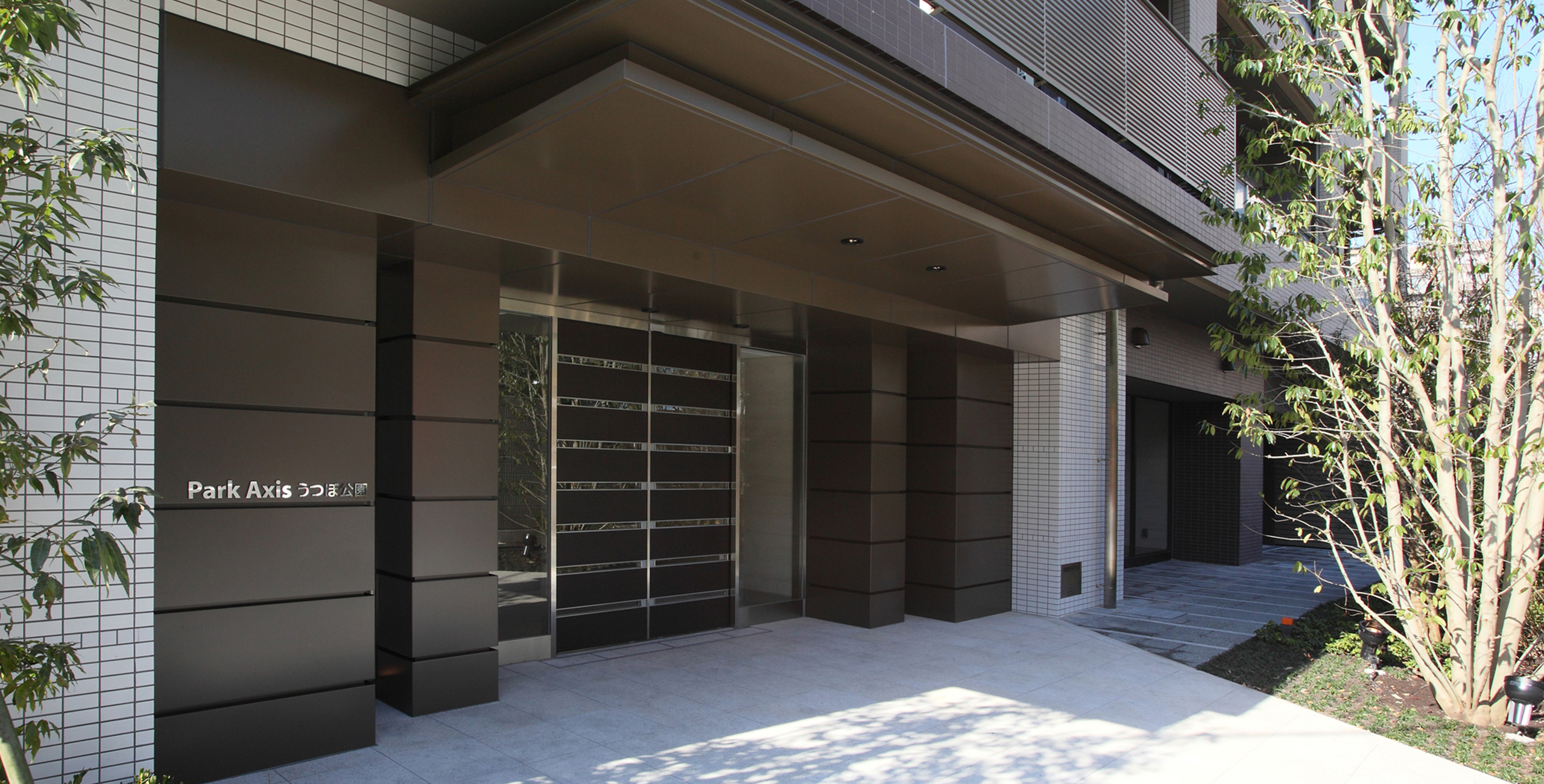 The special character of Park Axis Utsubo Koen is that it is located on the corner of an intersection and across from Utsubo park, an oasis for people who live nearby, while still being in the center of Osaka city. We aimed to make this building a new landmark of Utsubo-cho area by taking advantage of the fact that it is clearly visible from Utsubo park.

For the middle and top portion of this building which can be seen from a distance we combined layers of grids and designed the facade with a strong presence so that it is of a different scale to the other buildings, and would not be buried among the neighborhood cityscape.
For the color combination white was used to bring out the colors of the trees and greens, and to emphasis the grid design by using a darker color behind to offset the white. The lower portion up to the eyelevel has a separate grid design to harmonize with the neighborhood, and the color is of a soft earth tone to connect the white color on the outer layer of the façade and the darker color on the base layer of the facade.

The corner portion which can be seen from Amida ikesuji street, curtain wall was used to create a unique and symbolic structure on the corner of the building, making the most of its prominent location.
The large scale design means that it cannot be buried in the general cityscape of the area, and combined with the purposely designed corner facade creates a new landmark for Utsubo-cho.