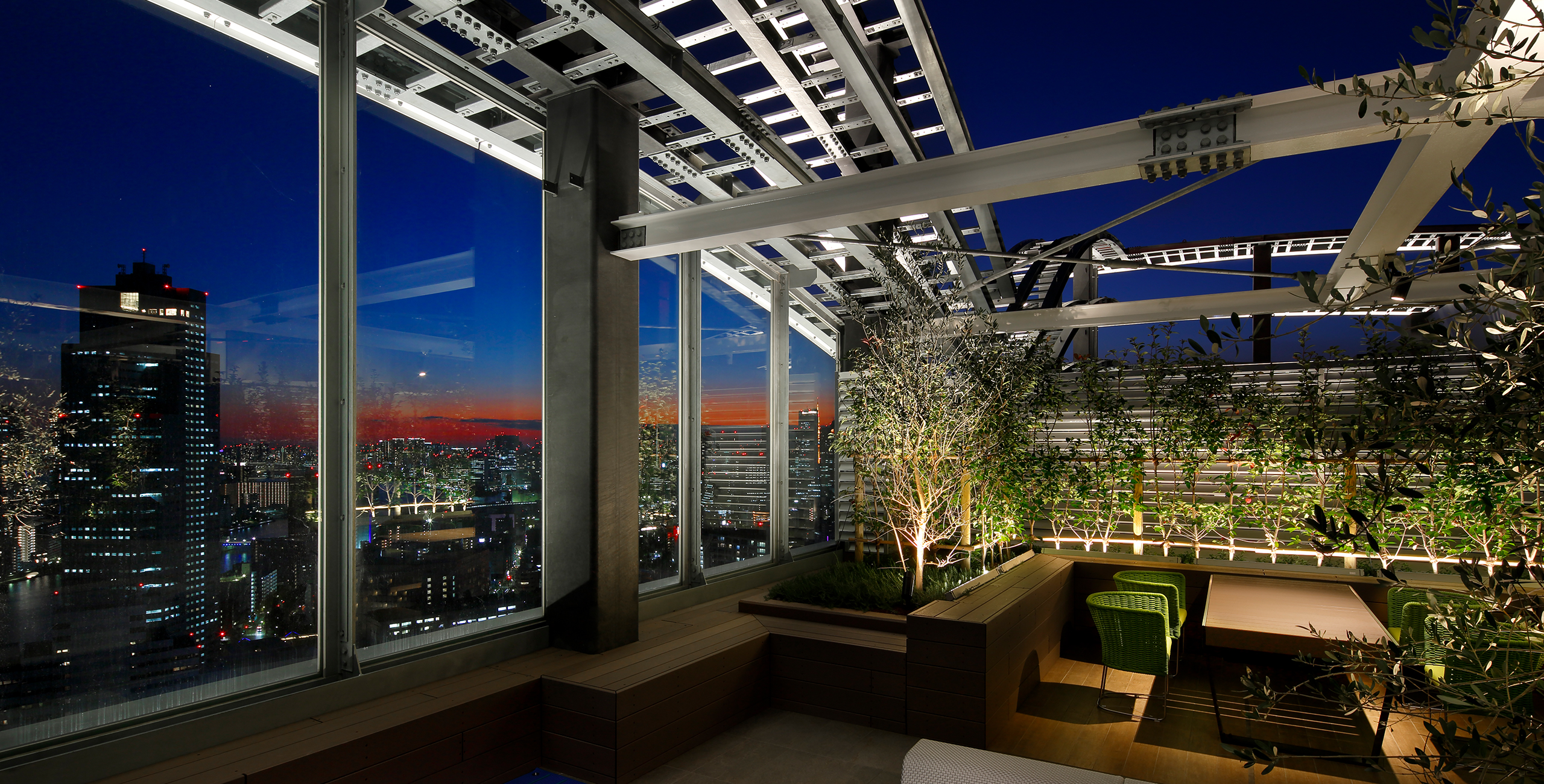 Park City Chuo Minato The Tower is a condominium located along the Sumida River in Chuo City, Tokyo. This area was called “Edo-minato” in the Edo Period and served as a gateway for the waterway transportation of people and goods via the Sumida River. Today, the area offers a waterfront landscape characterized by the coming and going of pleasure craft. In undertaking this project, the points we considered necessary were strong visual appeal befitting of a waterfront district and a unique design informed by the history of the local area.

In designing the appearance of the building we adopted various water-related motifs to reflect the glittering and overlapping waves of the Sumida River, paying close attention to the color and texture of luster tiles, etc. The apex of the building, which embodies the overall design, creates a graceful skyline through the use of streamlined fins. In acknowledgment of the row of lumber wholesalers that stood in the area in the Edo Period, we added a design accent of louvers and grids to the low-rise section to express the delicacy and sense of shadow created by wooden framework. Furthermore, as the key visual characteristic of this project, we adopted traditional colors that have been used since the Edo Period and introduced them into the exterior design. In particular, gofun-iro, a typical white color appearing in Japanese painting, and Edomurasaki purple were used to express the unique landscape formerly known as “Edo-minato.”

We designed the landscape under the theme of “extending the waterfront setting” of the Sumida River. We used contrivances such as a pavement pattern based on the motif of quietly flowing water, tiles reminiscent of the glittering surface of water, and the elevation of the pavement in a way that is suggestive of the point where land and water meet. We also included a well-stocked decorative garden space in order to realize an exterior design that creates an enjoyable waterside atmosphere.