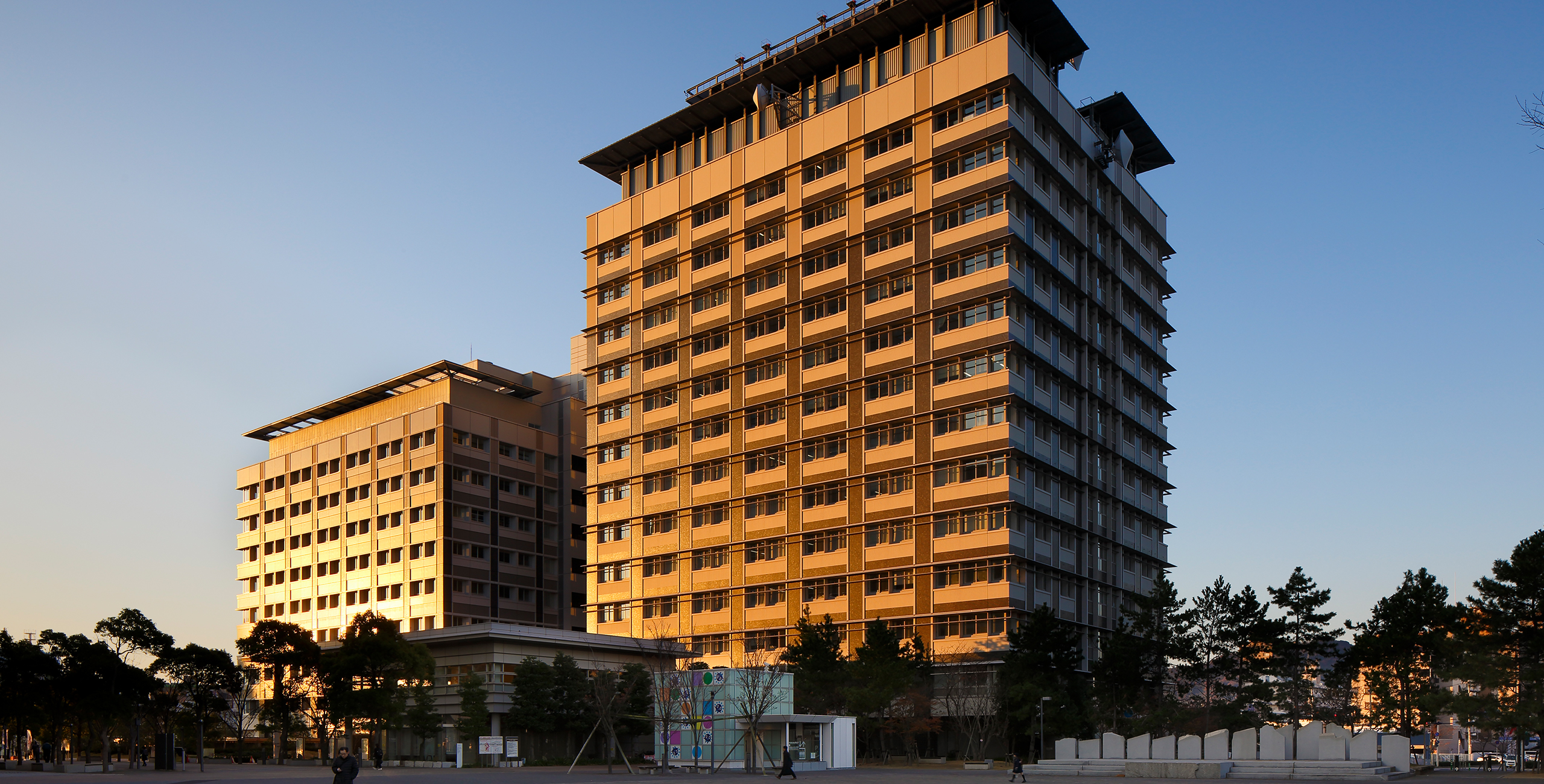 In this project, the relationship between the Takamatsu Sunport Government Building and the surrounding landscape was established when the South Building was completed in the second construction period. Specific designs of the South Building were developed and carried out based on the concept of city planning that had been formulated during the first stage.

First, we had to enhance the value of the townscape by visually linking the exterior design with the existing landscape. To do this, we took our cue from the colors and patterns of light and shadow of Takamatsu Castle, interpreting them in a contemporary manner. Furthermore, we tried to develop the unique character of the South Building, while respecting the appearance of the North Building.
By making the South Building 18 m lower than the North Building, we added a sense of volume to the steps leading to the public square in front of the station so as to inject a measure of dynamism into the urban landscape. In addition, by using thinner columns than those of the North Building, we gave the South Building a lighter appearance while maintaining the consistency of the design. As for the color, we made the brightness increase toward the top so as to create a feeling of soaring toward the sky. Furthermore, we tried to provide the eaves, which were designed to incorporate environmental considerations, with sharper and lighter details than those of the North Building.
The South Building was completed nearly 10 years after the North Building. However, we believe that a sense of unity coupled with diversity as befitting a government office complex is fully expressed, as is the timeless atmosphere of the development as a whole.