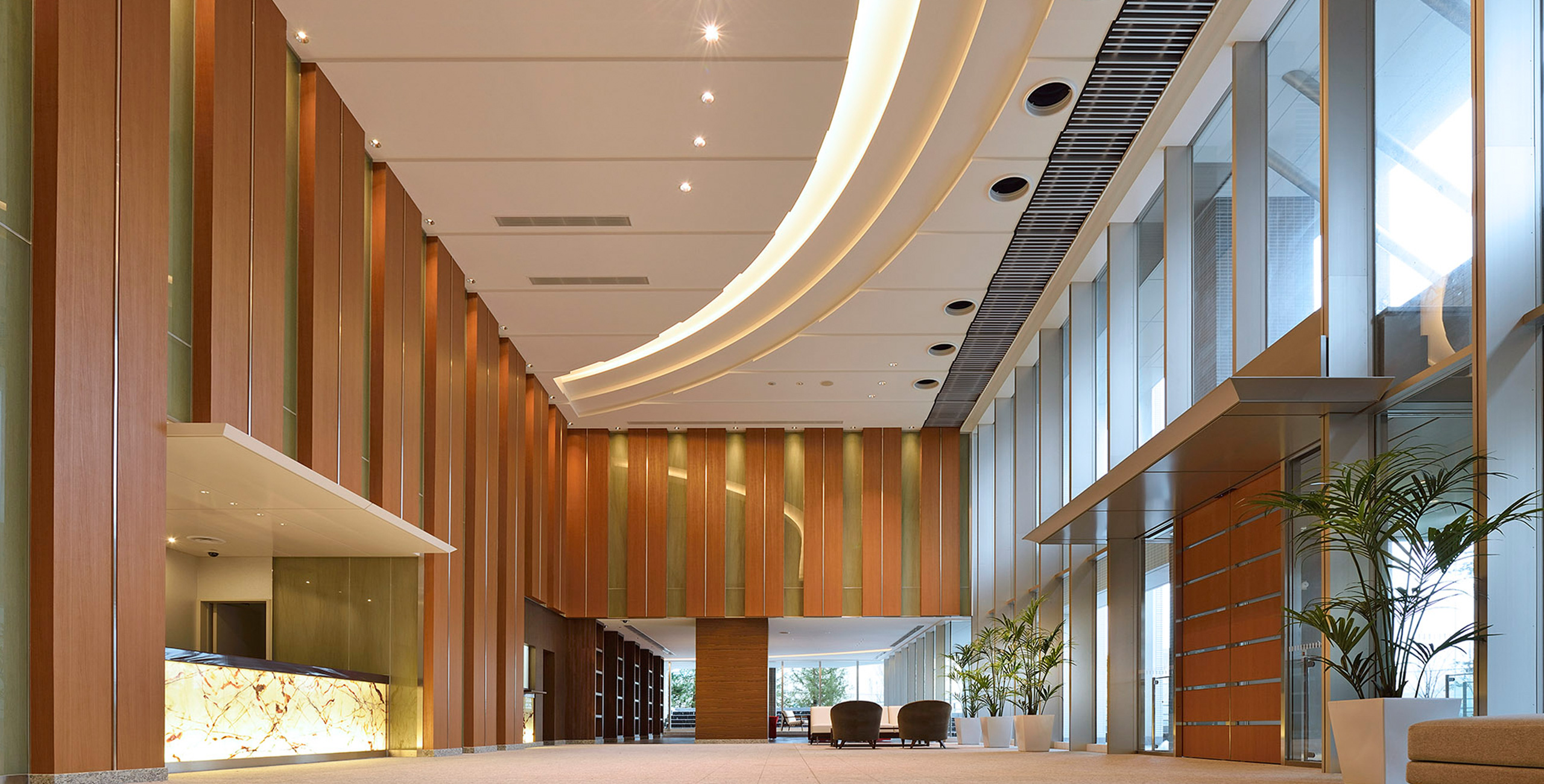 The building structure is slightly offset from the perpendicular to the axis of Settsu Station and the building’s elevations match the buildings opposite in an awareness of the axis and the surrounding city.
The distinctive corner design and the design of grids and gradation on the elevations were carefully devised to give the building’s a look of motion. The elevations of the tower were composed in three layers with distinct upper, central and foundation portions, while adding the vertical and horizontal frames along the pillars of each wall’s surface to create a human scale.

Creating color gradation on the façade’s surface grid as they move toward the top gives a sense of rising towards the heavens that draws in the surrounding city blocks. The building planning further lightens the building by enclosing the tower with four “gardens” which reflect the different seasons. Outdoor space you can quietly walk in while enjoying the natural scenery and welcoming spaces guiding you to the building entrance create a variety of landscape for the residents.