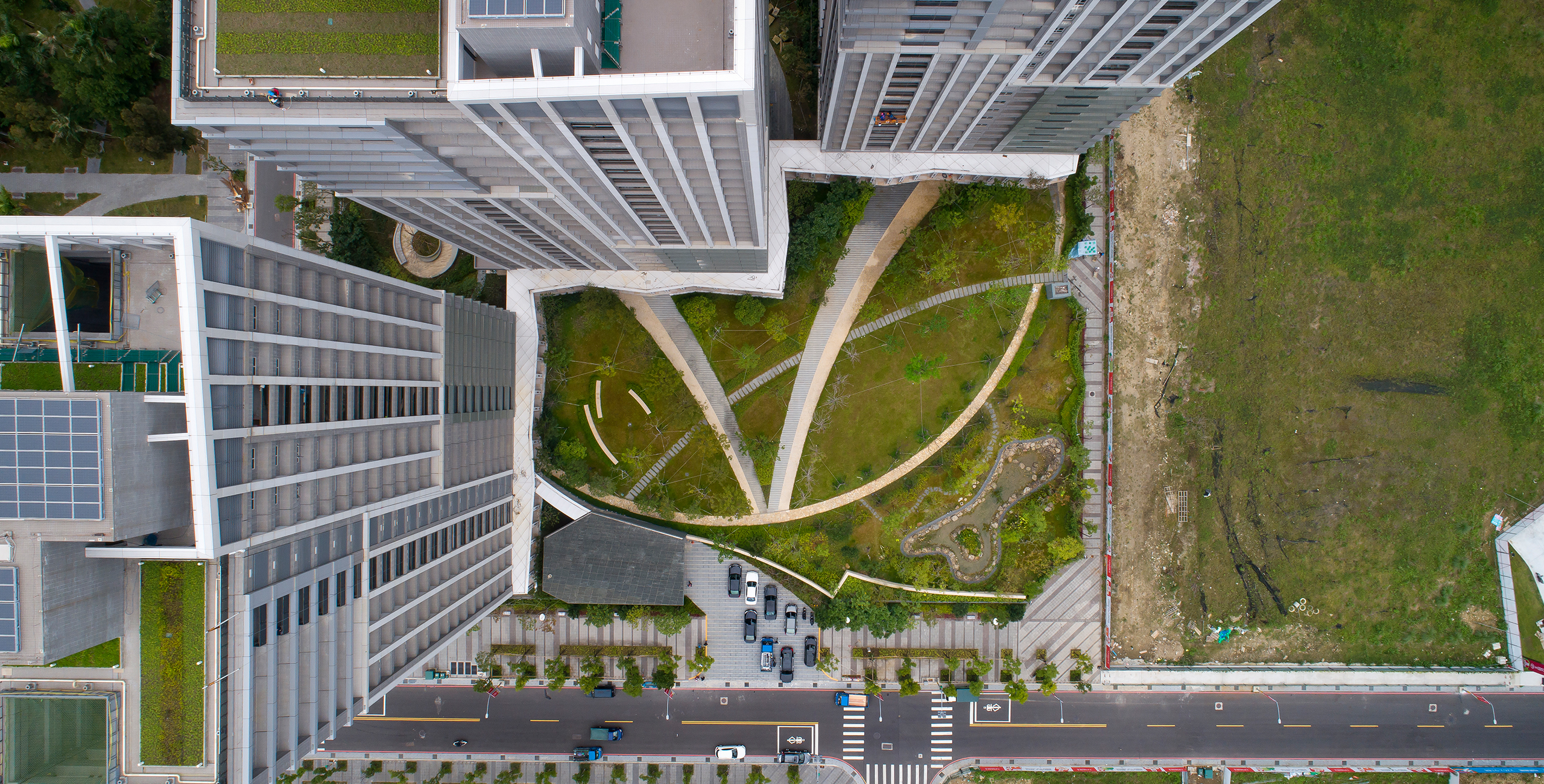 The concept that we got inspired from the galaxy which we thought the 10 towers composition like a spiral located it. raised up the energy from the ground to the sky. simultaneously each tower like the trees in the forest that has shown the grandness and unique character in a different way which we call it a stone forest.

To address the identity of the residence where they can easy to recognize their unit, we have created facade in different compositions and kept a similar feeling in each.
“Cascade” the image that we applied to the facade, like the waterfall running from the stone surface, randomly shown in a whole development project.
About the landscape, the inspiration from the curve of Taiwanese butterfly’s wing, to create the softness and elegance for the garden.