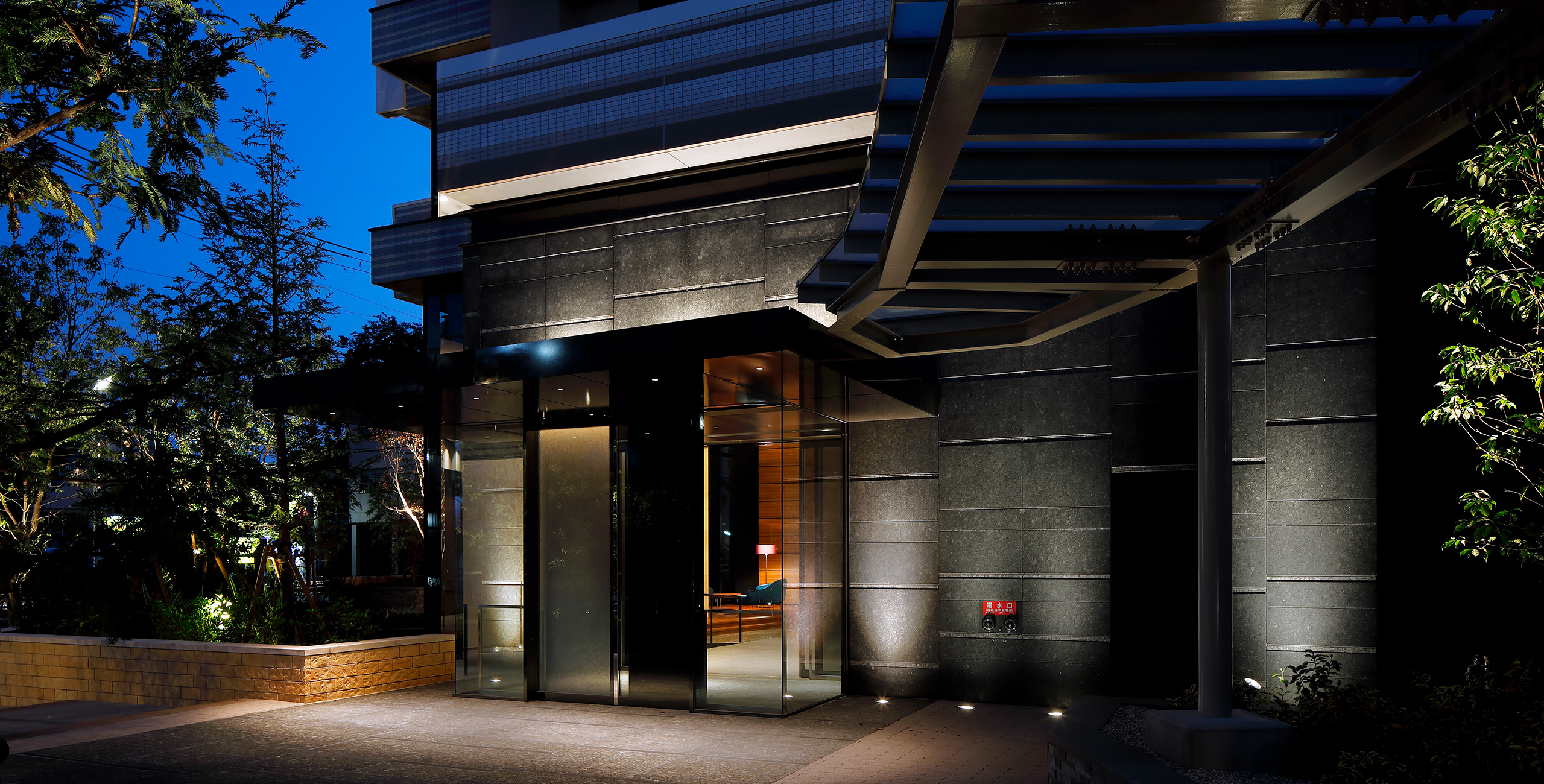 The site for this project is located in front of the South Exit of Maya Station (JR Kobe Line). This marks the fifth project of the Maya City Condominium Series, which started with Maya City NADA FRONT in 2013. Overlooking the Port of Kobe and Osaka Bay on the south and Mount Rokko on the north, the site enjoys the rich nature of Kobe. The neighborhood stands on a hill with a mild slope connecting Mount Rokko and Port of Kobe, where rows of houses are arranged on a grid pattern, and the railroads run between connecting the neighboring cities.

Since this block was initially an area designated for urban development surrounding the new JR station, the focus of community development has been the relationship between the city and the rails. A community design scheme centered around the trains running through the neighborhoods was employed in the previously completed blocks between C and F.

While a design that harmonizes with the mountain range of Mount Rokko was the cornerstone of the urban development plan, this project was about connecting the block with the previously completed block. In solution, we came up with the concept of wave and light for the design of G block, constructing a smooth design matrix from the station platform that brings everything together—from exterior to interior. In contrast to the previously completed block, which incorporates the elements of beautiful mountains into the design, we drew inspiration from the sea, having the site located near Port of Kobe, and decided to have railroads as the center of our urban community design. In the midst of the abundant nature of Kobe, our objective was to make this block to be part of the entire landscape.

For exterior design, we integrated a pattern of tiles inspired by the colors and glittering reflection of the shoreline with pure white mullion. We randomly arranged the balconies and glass handrails at different angles resembling the motion of waves. For the podium, including the entrance, embodies the lightness of the upper part of the building by having dark green granite that blends with the landscape, which has various kinds of greens.
In the same way, we adopted curves as the principal design element for the floor, wall, and ceiling for the entrance hall in recreating the image of the shoreline and construct a smooth design matrix from the entrance to the elevator hall. Furthermore, a stepped high ceiling is formed from the large void opening of the stairwell space to the outside space, creating an open interior space.