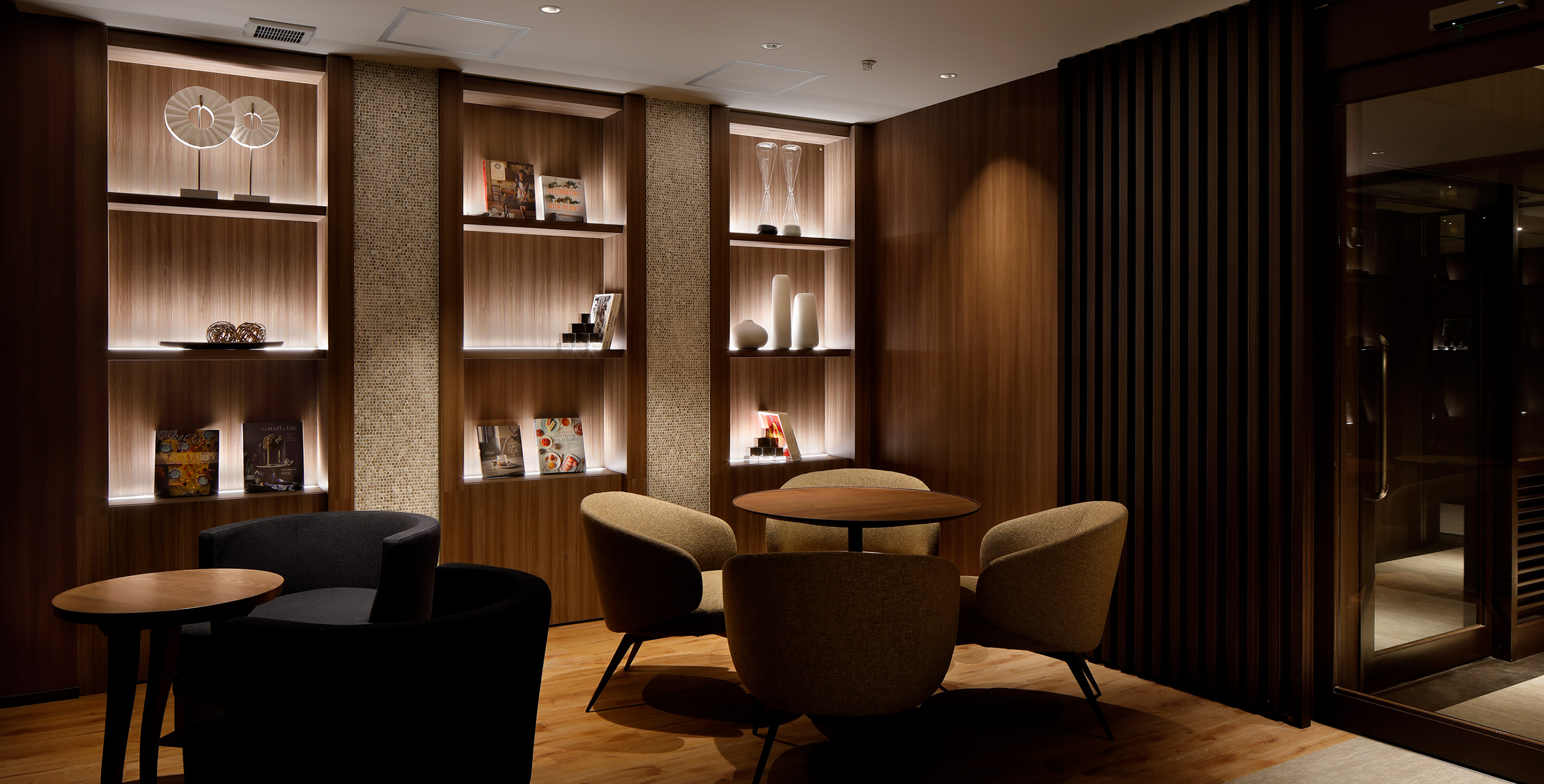 Wakohre The Kobe Tor-Road is a condominium project commemorating the 120th anniversary of the founding of Wadakohsan Corporation, a real estate sales business in Kobe.

The site is at a junction of two roads with distinct personalities: Tor Road, one of the most important historic streets in Kobe, and Yamate Kansen, a major thoroughfare. Tor Road played a role in connecting the former settlement established as a workplace for foreigners when the port of Kobe opened to foreign ships, and Kitano Ijinkan-gai, an area designated as a new settlement by the mountainside. This project aimed to design a symbolic building that suites the Tor Road, while standing in harmony with the historic streetscapes of Kobe.

When designing the building, we were mindful of the “face” what would face the crossroad. We kept the scale of the massive walls controlled by using a gentle three-layered structure ( a podium section with its own style, a mid-upper part that suggests ascent, and a peak section with a distinctive change).

For the exterior, we formed the podium section with an appearance like a stone gate, creating a symbolic expression of a building styled to suit the foreigners’ settlement. In the mid-upper layer, we created vertical styling and produced a “majestic impression” through bay windows and mullions on every second floor. By using a limestone color in harmony with the lush form of the Rokkō Mountains standing in the background, we developed a color scheme that matches the refined scenery of Kobe’s streets. For the materials, we selected natural stone and textured tiles that create light and shadow to develop an expression suitable for Kobe.

The entrance has plantings and water features along the approach with a visual length to offer enrichment to the pathway. By adapting the curved walls used at the approach path for the interior space, we have unified the interior and the exterior creating a sense of depth. In the plantings, we selected species with fine, delicate leaves and branches that fit in with the refined image of the building and established a unified feel overall.

The typical interior spaces were designed based on the concepts of “refined values” and “marking time.” As well as creating a regulated, fine-quality, welcoming space through symmetry and framing structures, we have succeeded in realizing a luxurious lifestyle with links to exterior spaces visually and spatially, connecting it with the terraces and gardens in a unified whole. Moreover, the various materials in stone, metal, and wood resonate with each other to tie the art and other aspects into an elegant space for marking time as a consolidated concept.