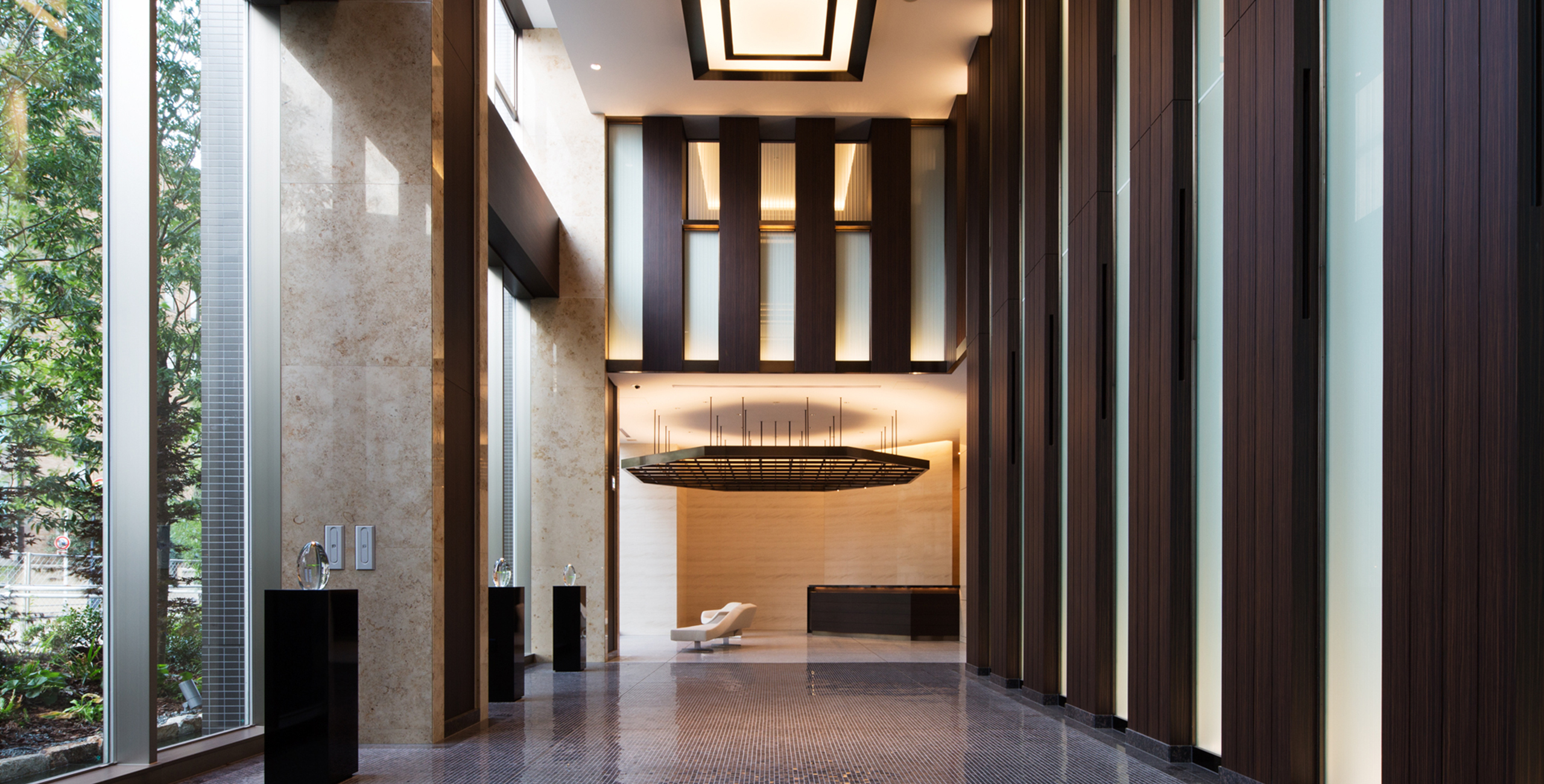 ‘Park Tower Kitahama’ is located right in the center close to Umeda in Osaka city. The surrounding area doesn’t have much greenery but it has great views and a canal even when it’s ina busy area where office workers gather. This project was conceived with the idea of creating an interesting residential building by connecting the essence of the area’s tradition as a commercial city with its history including Osaka castle, and the natural landscape of waterways and greenery.

The design aimed to evoke the feeling that the tower reaches up to the sky with horizontal expressions representing the waterway on the Dojima side as a tower design. The whole façade is composed in three layers with the base, the central shaft and the top, with vertical convex ribs running vertically to emphasize the height and a 6m tall iron ’tiara’ on the top, so the tower appears to stretch up to the sky when viewed from any direction. For the landscape design, the motif of the bridge on the canal in the water city of Osaka is shown on the connecting walkway, the path which leads into the main entrance follows along a stone wall that shuts out the urban noise, and the building is surrounded in water and greenery. Residents are welcomed home to a quiet and peaceful space where they can enjoy the various interior space clad in natural materials and arts which are carefully lit during the night.