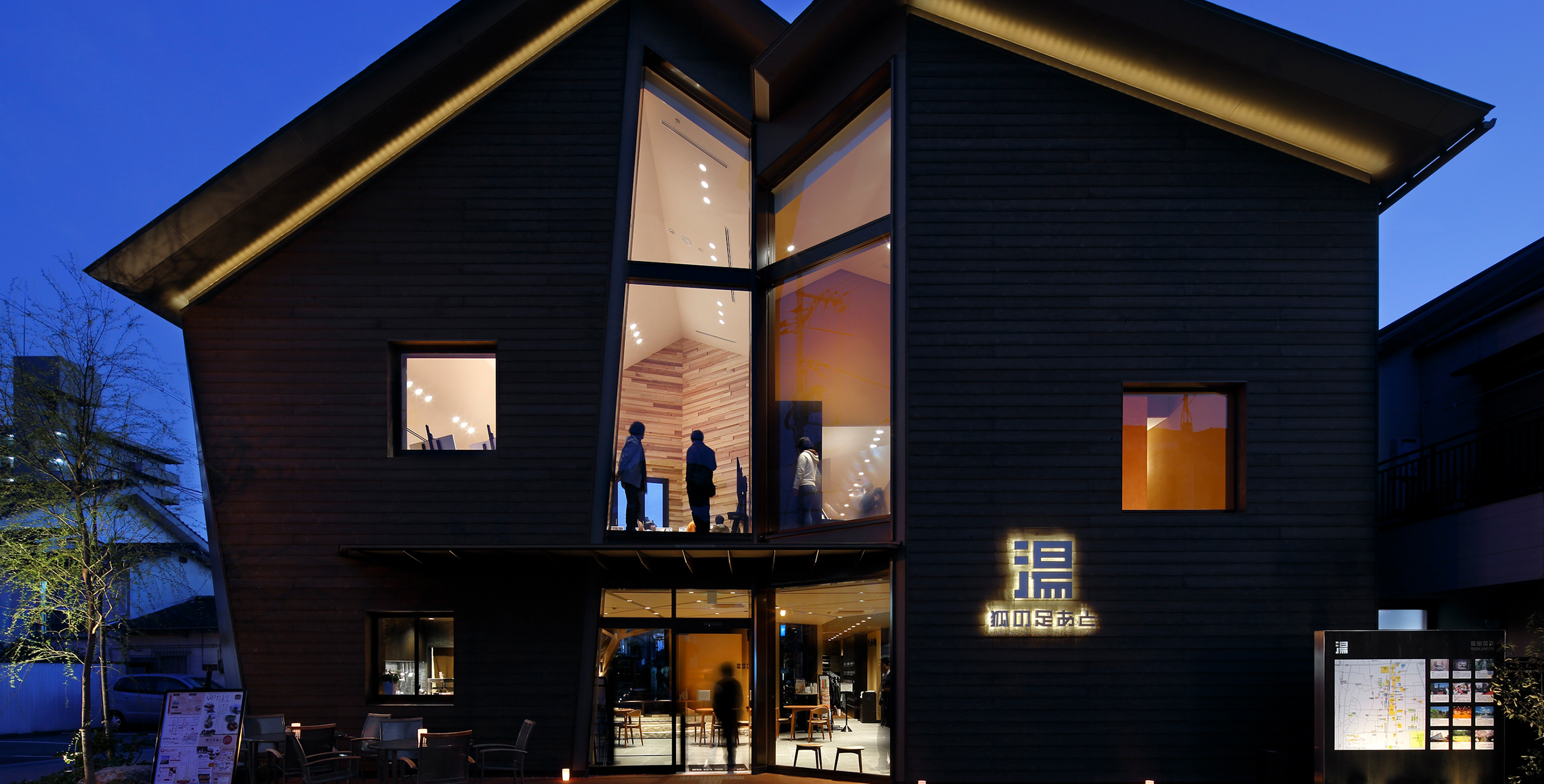 Yuda Onsen in Yamaguchi City, Yamaguchi Prefecture is a hot spring resort town. Its long-popular hot spring waters are known for their association with the legendary white fox as well as their famous skin-enhancing properties. In Yamaguchi City numerous urban revitalization activities are underway, including various events organized by young people to increase public recognition of the city as the birthplace of Christmas in Japan. Our involvement with the resort town started when we were invited to give a lecture by a group of passionate urban planners. We eventually completed a master plan for the area through a series of discussions on the development of Yuda Onsen with a number of parties, including local residents, the hot spring association, the local commercial and industrial association, NPOs, and the Yamaguchi Center for Arts and Media.

The purpose of the urban planning project is to revitalize the unique character of the hot spring resort and renew its tourism appeal. As our starting point, we adopted the motif of charred cedar, a design feature that contributes to the local atmosphere, and engaged in the development of the footbath in front of Yuda Onsen Station—from which can be seen SL Yamaguchi, a bicycle parking area, and a public lavatory—and the design of bus stops along the prefectural road. First, in 2010, we completed Yunoya, a wellspring facility where visitors can taste the local spring water. After that, in response to a request to make it more fun to walk around Yuda Onsen, we designed a totally new type of facility, “Kitsune no Ashiato” (Fox’s footsteps) (2014), which provides a base for sightseeing around the resort town.

Roughly seven years have passed since we started working with Yuda Onsen to develop the master plan. There is now some overlap between the atmosphere of the town today and the desired image sought at the beginning of the project, and more people are rediscovering the charms of the newly developed area.