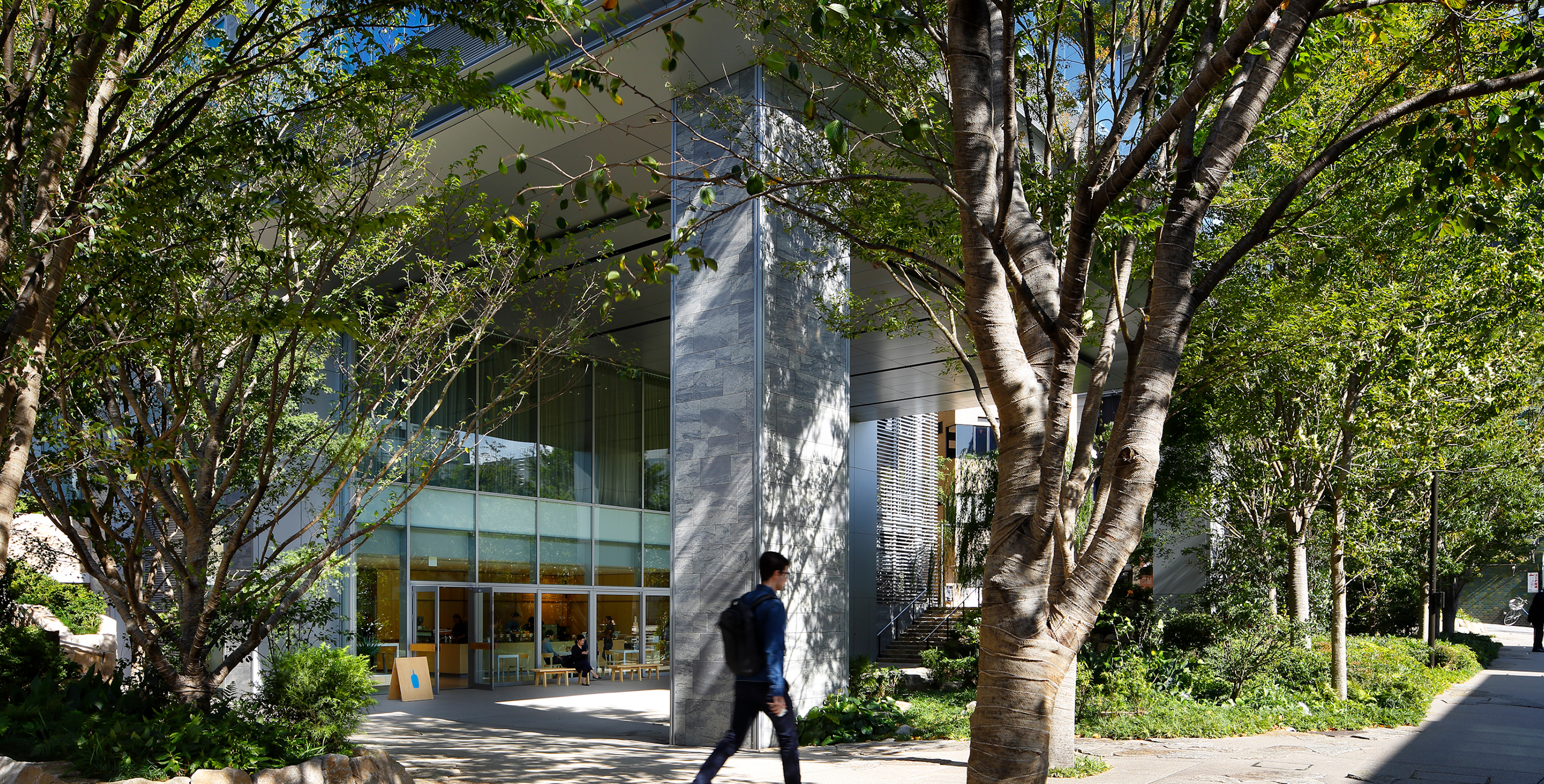 We have promoted the Tri-Seven Roppongi project in cooperation with its owner, Pembroke Real Estate Japan, through numerous discussions on the building’s shape and plans since the design competition. Because the site’s location between Gaien Higashi Dori Street and Roppongi Hills means it has a uniquely shaped footprint, we paid careful attention to prevent saddling the building with an incongruous profile. Furthermore, since the building can be seen from any angle from surrounding buildings such as Roppongi Hills and Tokyo Midtown, it was important to come up with a design that would ensure the building appears equally striking whether viewed from either the front or back. Working within these constraints, we suggested a design concept based on the “beauty looking back” artistic genre, which features depictions of women who also appear alluring when seen from behind. The façade is enclosed by walls reminiscent of exquisite origami, with apexes positioned above the site corners. Meanwhile, the spacing between walls overlaps rhythmically like the hems of a kimono. The use of such Japanese design motifs helps ensure that this asymmetrical three-dimensional structure enhances the esthetic appeal of the surrounding area.

As for zoning, the basement, first floor, and second floor are given over to retail. On the third floor is the Sky Lobby, which serves the office areas and offers a view of Tenso Shrine. Above the third floor is a mid-story base-isolated floor, while offices take up the fourth to fourteenth floors. With the core space on the east side, single-floor offices can extend right to the edge of the building to give the largest possible space.

In summary, this is a project where we were able to add value to the building through design by turning the problem of the irregularly shaped site to best advantage.