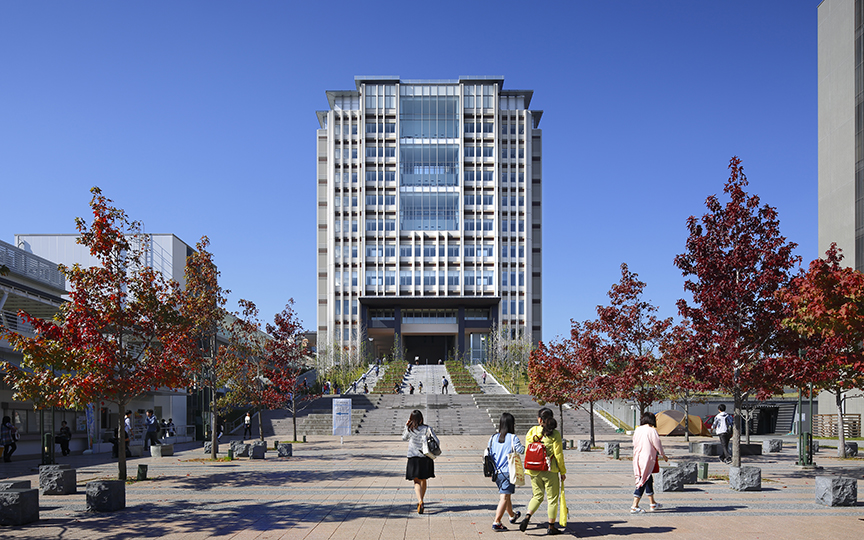 Kyushu University West Zone 1 was planned based on the Kyusyu University New Master Plan 2001. The design concept was to consider two main points; First, its harmony with the facilities of the Engineering-related area (West Zone 2) and the Central area (educational facilities shared by the entire university) which is the university's main entrance; and second, as it is the first building of the West Zone from the Central area, it should create an impression of dignity and wisdom symbolizing a “Center of Excellence” which is the spirit of the University.

The building was divided into 5 large clusters and positioned in a formation that resembles a flight of geese to reduce the overall scale of the development. Also, to further create a human scale, we adopted a three-layer structure with the lower portion for common use, classrooms in middle and with horizontal eaves forming the skyline at the top.
The functions of the building are expressed in the design of the exterior. Individual windows facing north and south are used to express each classroom and glass façades face the plaza in the center. The idea was to preserve the nature and ecology around the campus, and to suppress the impact on the natural environment (i.e. zero carbon).