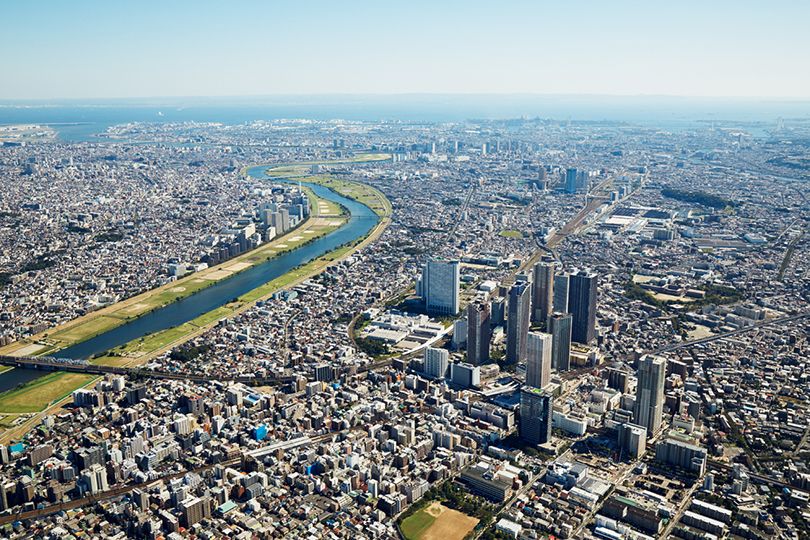 n Duda Jun Mitsui’s former colleague at Pelli Clarke Pelli Architects in the U.S. With the twin towers serving as an iconic symbol of the area around Musashikosugi Station, a design narrative of birds swooping into a new urban center was incorporated to boost the aesthetic appeal. The same design motif was carried over to the subsequent project, Park City Musashikosugi Grand Wing Tower. As a result, this building became a symbolic “third bird,” the offspring of the original pair of birds (the twin towers). Along with the series of development projects for Park City Musashikosugi, we are engaged not only in the design of high-rise apartment buildings but also in the supervision of the design of the low-rise commercial facilities of Foodium Musashikosugi and LaLa Terrace Musashikosugi, and of the station square. We are working on a wide range of urban designs.

Note that the master plan for this area is developed by Kawasaki City, with Jun Mitsui lending his expertise to the development. Currently, Park City Musashikosugi The Garden East Tower (to be completed in 2017) and Park City Musashikosugi The Garden West Tower (to be completed in 2018) are under construction.

Projects Others Urban Planning for Musashikosugi