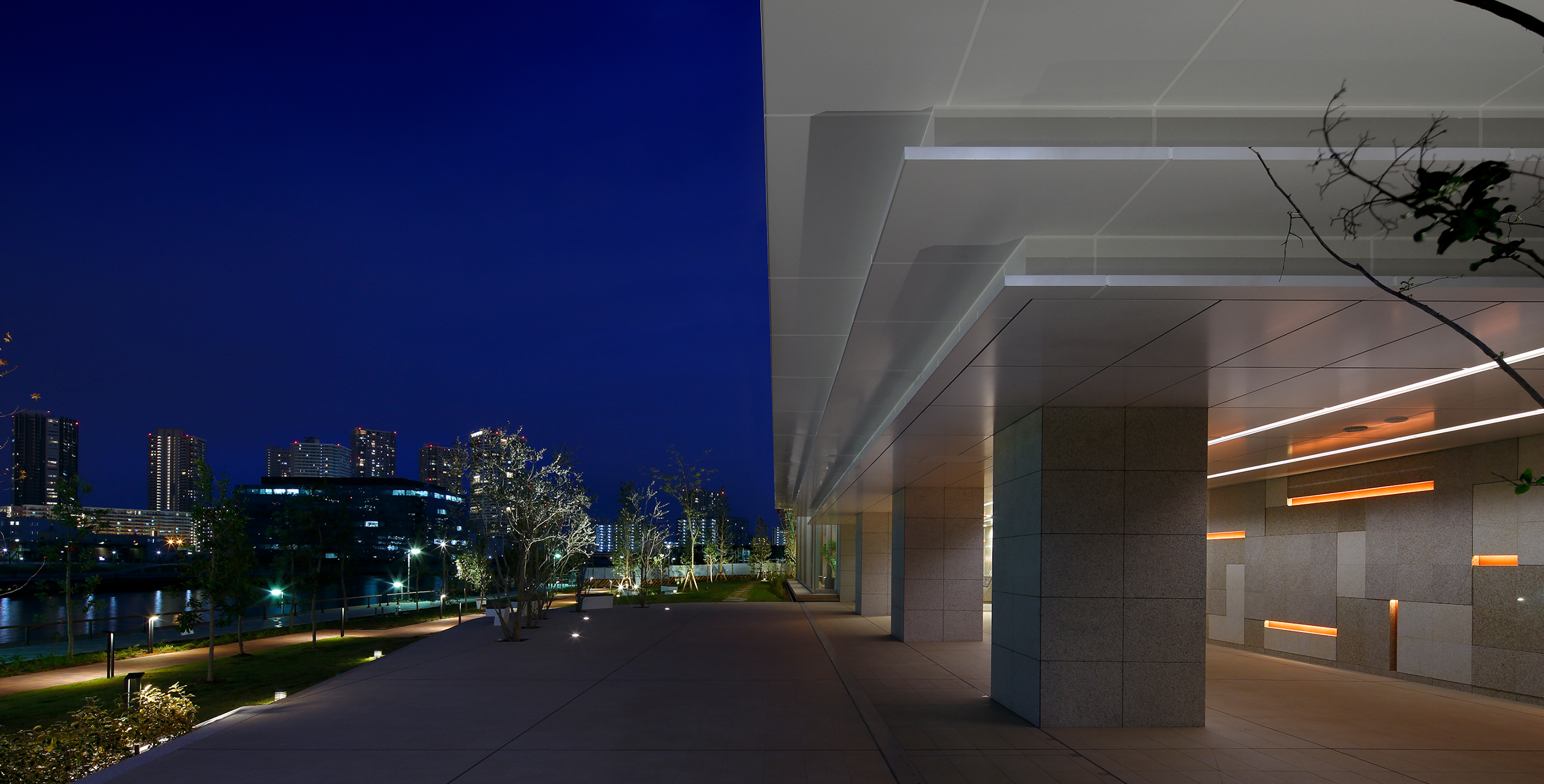 Park Axis Toyosu Canal, Canal Place TOYOSU take on a dual role of being a residential and commercial development occupying a corner of Toyosu development on Tokyo bay coast, where there are many recently completed projects due to the 2020 Olympics in Tokyo. We were involved in creating the design guidelines for the Toyosu3-2 block and supervised the design of this project after proceeding with the constructions of the other two projects, ‘SKYZ TOWER & GARDEN’ and ‘BAYZ TOWER & GARDEN’.

The design guidelines which had input from many parties outlined the colors and shape to create a consistency in the neighborhood. The different structural shapes allowed for diversity of each block while meeting the requirements of the guidelines; a variety of fin designs on the top and the segmentation of the building with a common width unified the Toyosu 3-2 block area. The site also faces the east Higashi denbori and is close to the beach, so with those features in mind, a light ‘jade green’ was used to give the building character. As this residential building is the only rental apartment in Toyosu 3-2 block, additional character was added by positioning handrails at an angle to create patterns that are similar to the light glistening on the water.

The development became a great example for ‘a town development with both consistency and diversity’ based on the guidelines. We felt honored to be given the opportunity to create something of value in people’s lives along the coast based on the town’s new masterplan.