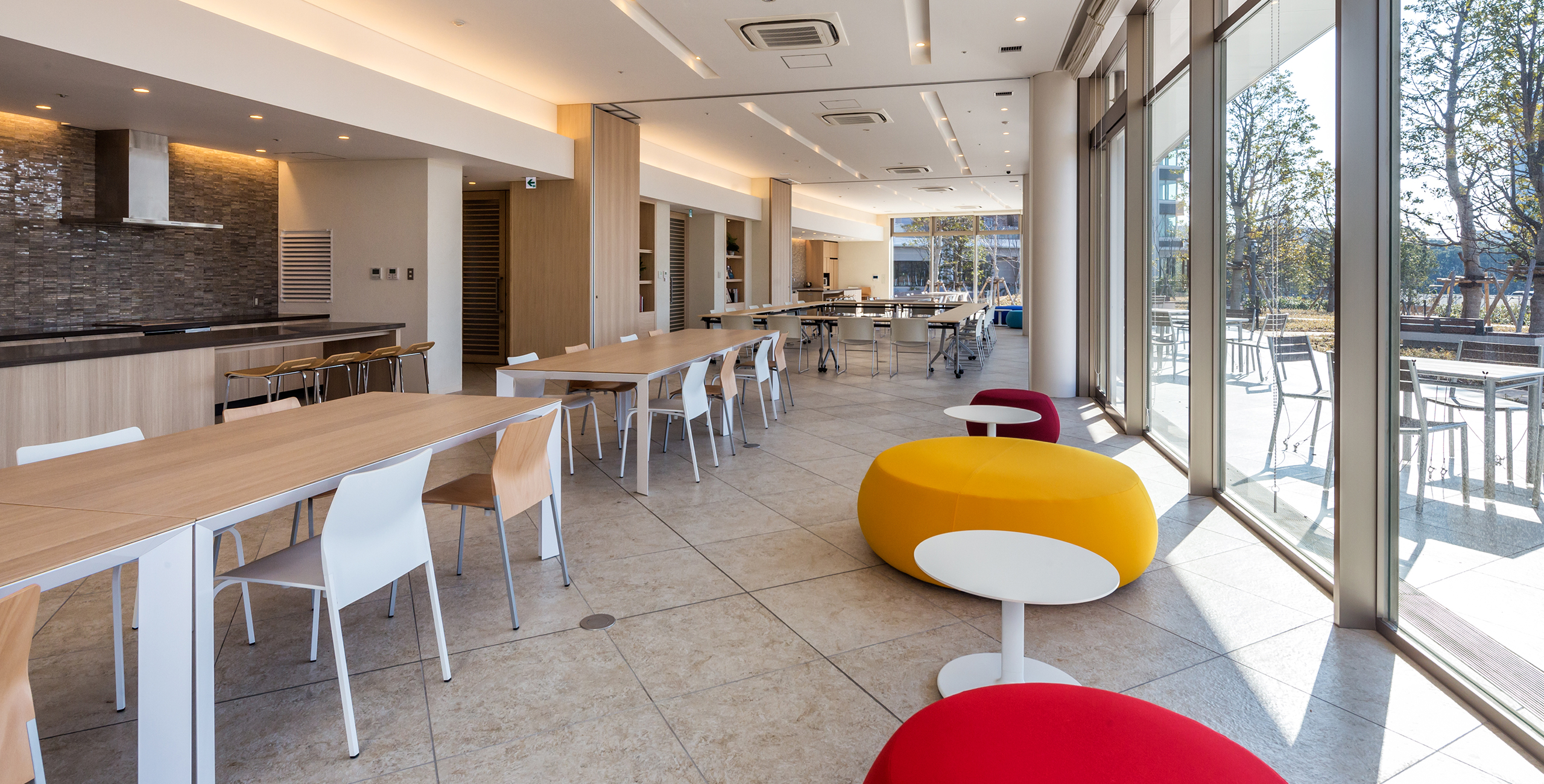 SKYZ TOWER & GARDEN is a landmark tower newly built in Toyosu through a joint venture between six large leading developers in Japan.

Our involvement with Toyosu area started from the design guideline stage, where we aimed to create a set of guidelines matching international standards. This symbolic tower of the ‘new Toyosu area’ adopted the characteristic 3-sided star shape, maximizing open areas around the tower and allows for expansive natural landscape which is rare in central Tokyo.

The base color of the tower is white, matching the coast of Tokyo bay and a dark blue color on the central part of the outer frame in order to sharpen the look; this color combination gives the appearance of vertically stretching and combining three white towers together. The large and small mullions on the balcony exterior create a human scale and provide some finer details to this large building, and the special 3-sided star shape tower means that the residents don’t overlook each other

To make an attractive town, the entrance is designed to be welcoming and warm with a characteristic shape that rivals that of the tower. The community house has an open living design tying it to the existing park, and a sky lounge 150 meters up with a 360° panoramic view; such attention to details are paid to all the communal spaces within the tower.

SKYZ TOWER & GARDEN was completed early on based on the design guidelines which are full of key concepts for the town’s design yet still allows for consistency and diversity. We look forward to the continuing projects and the start of a new life in a town with plenty of greenery by the water.