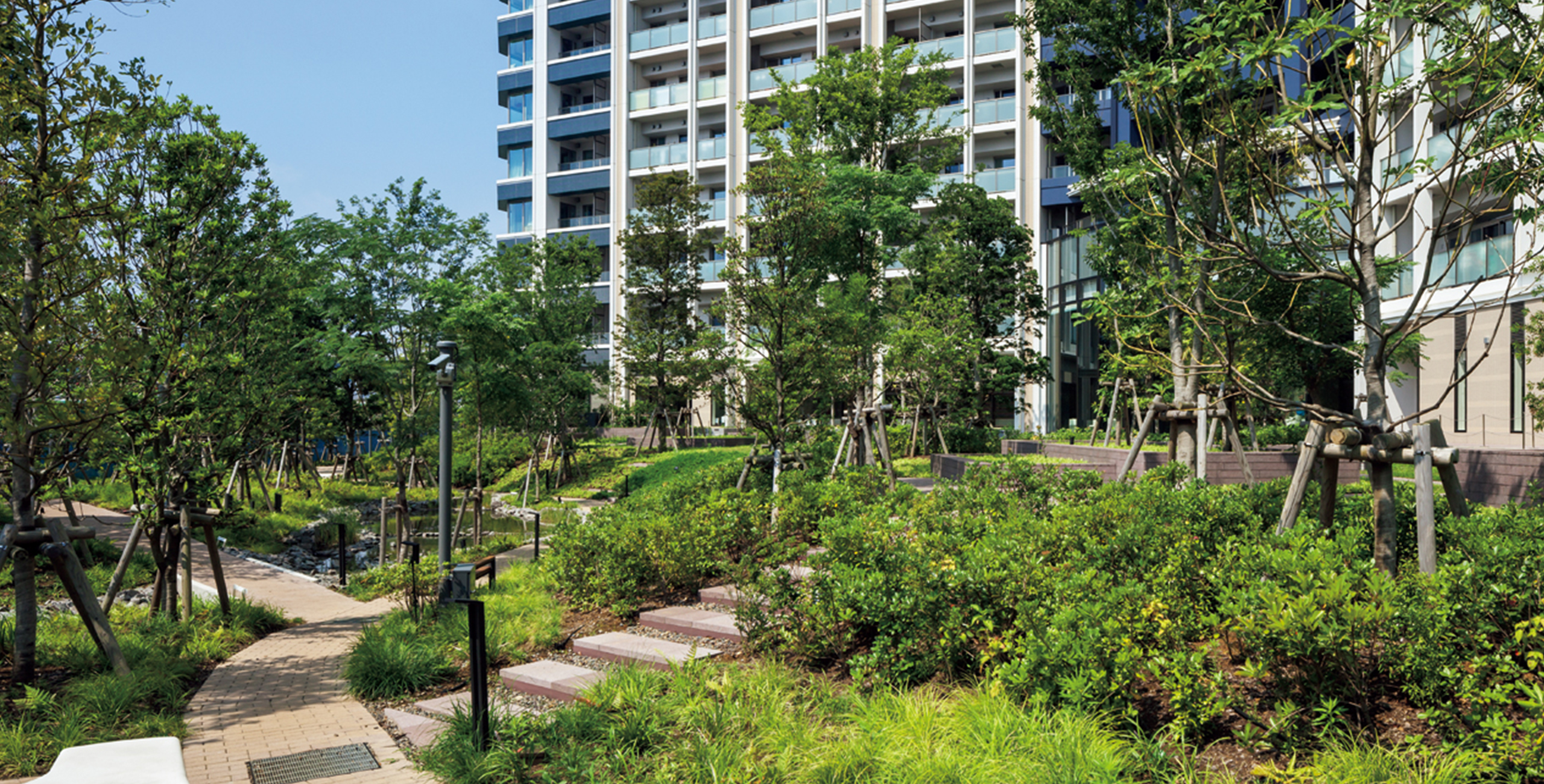 The Toyosu area has entered its waterfront age. As a pioneer in this area, we designed Urban Dock Park City Toyosu (2008) to achieve the goal of creating a skyline representative of the entire area. In this project, our design brief was to create a beautiful waterfront landscape that achieved a good balance between unity and individuality and maintained harmony with the adjacent large-scale commercial facilities.

We next engaged in the redevelopment project of the Toyosu 3-2 block, the former site of a thermal power plant that supplied the metropolitan area. To transform this area, which development-wise lagged a little behind other parts of Tokyo, into a new and advanced urban center, we developed the Toyosu 3-2 Block Design Guideline (2011) for urban planning based on the keyword “intellectual.” This design guideline aimed at creating a varied and pleasant waterfront district through the design of buildings, external spaces, greenery, and light.

For the Toyosu 3-2 block we also designed multiple buildings, including Skyz Tower & Garden (2015), which was the first one completed, Park Axis Toyosu Canal + Canal Place Toyosu (2016), and Bayz Tower & Garden (2016). Furthermore, for Lumilace Toyosu (2016), which is located in front of Toyosu Station, we designed a residential development for young single people who work in the center of Tokyo and seek high-quality rental housing.

We have thus been contributing to the urban planning of the entire Toyosu area, which is attracting more and more attention in Tokyo for its proximity to a new market and a number of Olympic facilities.