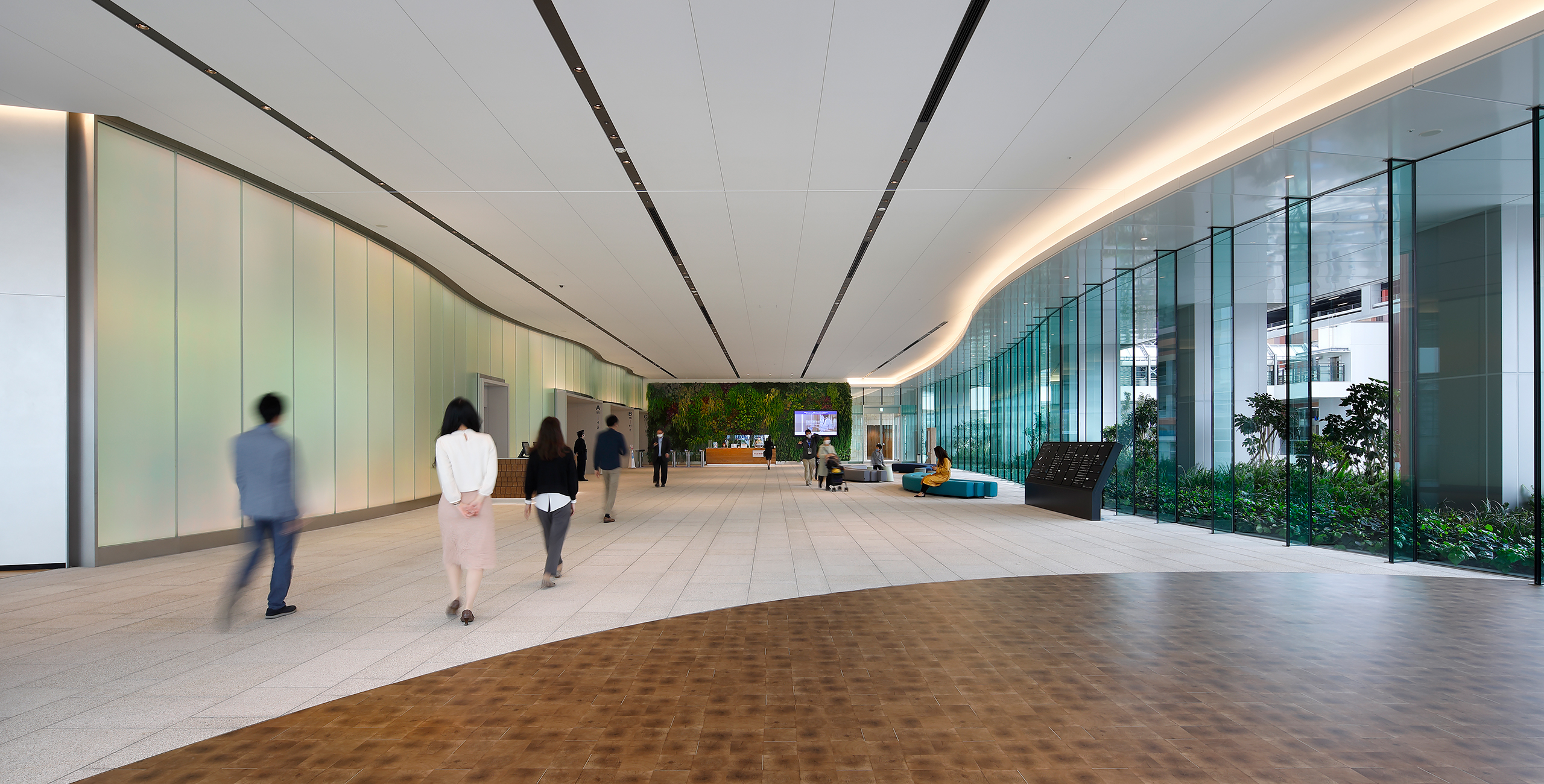 This project was the last development in the Toyosu area. It was required to be the center of the area with a design that will not be buried in the surroundings. In large-scale surrounding buildings and blocks, the exterior has been designed to show a delicate look by incorporating a human scale. By attaching curved eaves with a wave motif, the appearance has a wave-like movement, and the design is rich in expression with changes due to shadows over time. Regarding the color scheme, since there are many buildings with low-saturation gray colored in surrounding, while using blue-white as the base to give a bright impression to the city, we used blue-gray as an accent color, which is a combination of gray and blue color of the sea and sky to be in harmony with the surrounding area. In addition, by making the outer wall of the hotel in the upper floor blue-gray, it can be seen as the landmark of Toyosu when viewed from the city center or the seaside, and by matching the lower floors with dark blue, we expressed it as a gate welcoming people from each street.
The interior was designed using the idea of biophilia, which is unique to the land of Toyosu and feels open and natural, which was planned to stimulate the creativity of office workers. By increasing the color temperature of the lighting and the brightness of the material from the 1st basement floor to the 2nd floor, people can enjoy the sequence of going up from the seabed to the deck of the ship. Under the theme of “SEA BED”, the first basement floor is based on dark blue to express a calm space like the seabed. Under the theme of “WATER SURFACE”, the first floor has stones floor and ceilings with patterns that express the water surface fluctuations, creating a space of movement. The 2nd floor is based on the theme of “MAIN DECK”, with wooden flooring and wood-tone vinyl floor tiles as the base and a bright, refreshing, and open space reminiscent of the deck of a ship. The office lobby on the same floor expresses the attenuation of waves by placing many various devices in the space, such as polarized glass walls that change colors depending on a viewing angles, green walls, and water features that bring moisture to the outer part, etc., to stimulates the creativity of workers that work here.