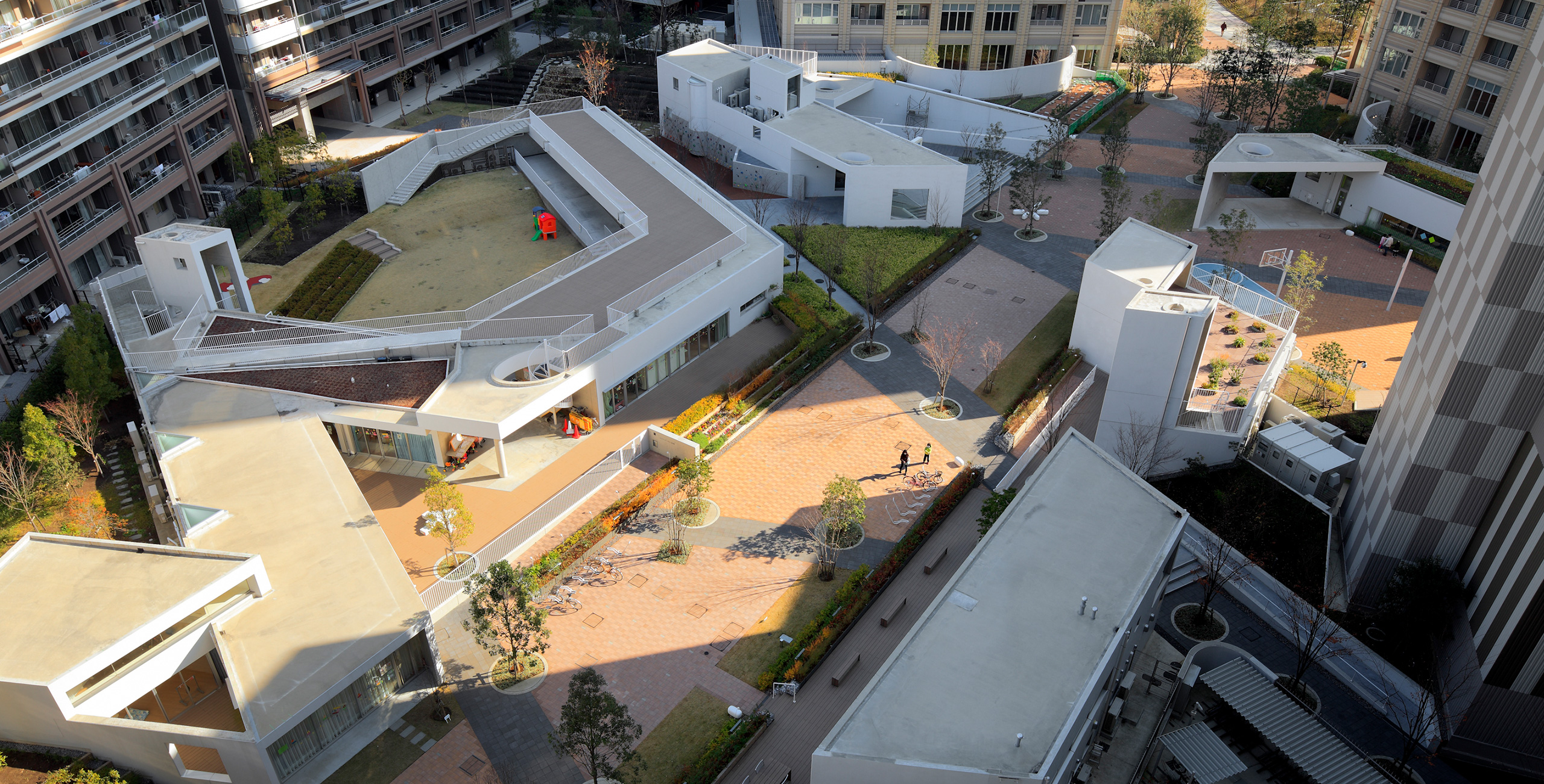 A new town planning project was established in the area around ‘Kashiwanoha campus’ station called ‘Park City Campus Nibangai’ and the concept is ‘Kashiwanoha international campus town’ combining the public space, community and the education institute. As part of this new town planning the project aims to create a town providing a mixture of activities such as relaxed living, work, study and having fun based on the concept of ‘A Smart city’ and be ‘Environmentally friendly’; to have ‘Health and longevity’ and to promote ‘New industry creation’. After completing ‘Park City Kashiwanoha Campus Ichibangai’, ‘Park City Kashiwanoha Campus Nibangai’ became an all in one mixed-use development designed and planned with neighborhood organizations such as the university, the retail area, offices, hotels, hospitals, banks and homes.

The basic concept of this area is described in the design guidelines made by the master architect, Norihiko Dan. The design was then developed from the guidelines with the on-site design office who were also landscape designers. An urban design committee was formed by members working together for the town creating new projects, and further improvements were made through a comprehensive screening process by third parties.
The appearance of the town ‘Park City Kashiwanoha Campus Nibangai’ was based on the concept which is a new urban space fused with architectural and landscape design, focusing on the unity of the whole town. Six residential complexes were positioned to create a comfortable external space and open urban landscape.
The positioning of the six buildings form the skyline of the relaxed urban space, creating a harmony with the developments around it, and connecting it with the surrounding environment by positioning the medium height buildings on the outer edge of the site, and the taller housing in the middle.