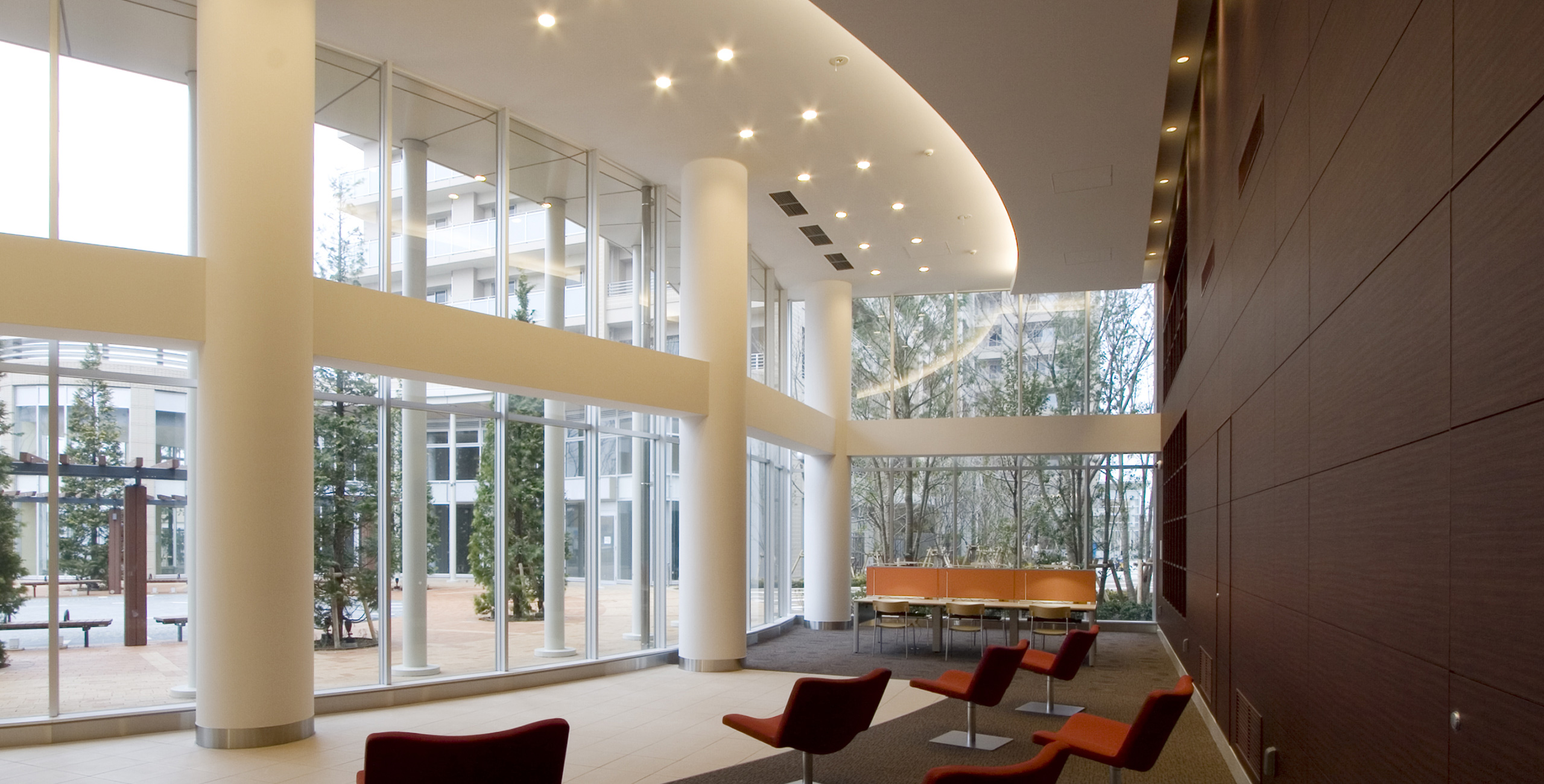 This project was the first project of the housing development of Kashiwanoha Campus City development. Respecting that there are other university campuses in the area, an important challenge was to create a construction that gave an academic impression that suited the campus city. Campuses in the US have university facilities scattered throughout towns with many campus cities existing that create beautiful towns and communities. We referred to the images of Yale University and Stanford University and focused on creating a campus city with the character of Kashiwanoha.

In the center of this plan, there is a courtyard space called the central patio with sections placed at various heights making a circular pattern around it. The central patio is an interactive space that represents the community, we designed it in great detail to give it lots of energy for future generations. We used multiple architectural techniques such as installing gates, cloisters, eye-stops, view corridors, set backs and segmentation to express the indivisibly-united outside space and architecture, and separate the driveway and footpath clearly to achieve making a safe and easy town to live in.

For the view of the campus in the distance, we made a group of buildings at various heights to express the energy, space and diversity, as for the close up view we designed a combination of a few kinds of colours setting the earth colours as the base and multiple changes depending on the sunlight, we believe we could achieve a varied look that suits a campus city.