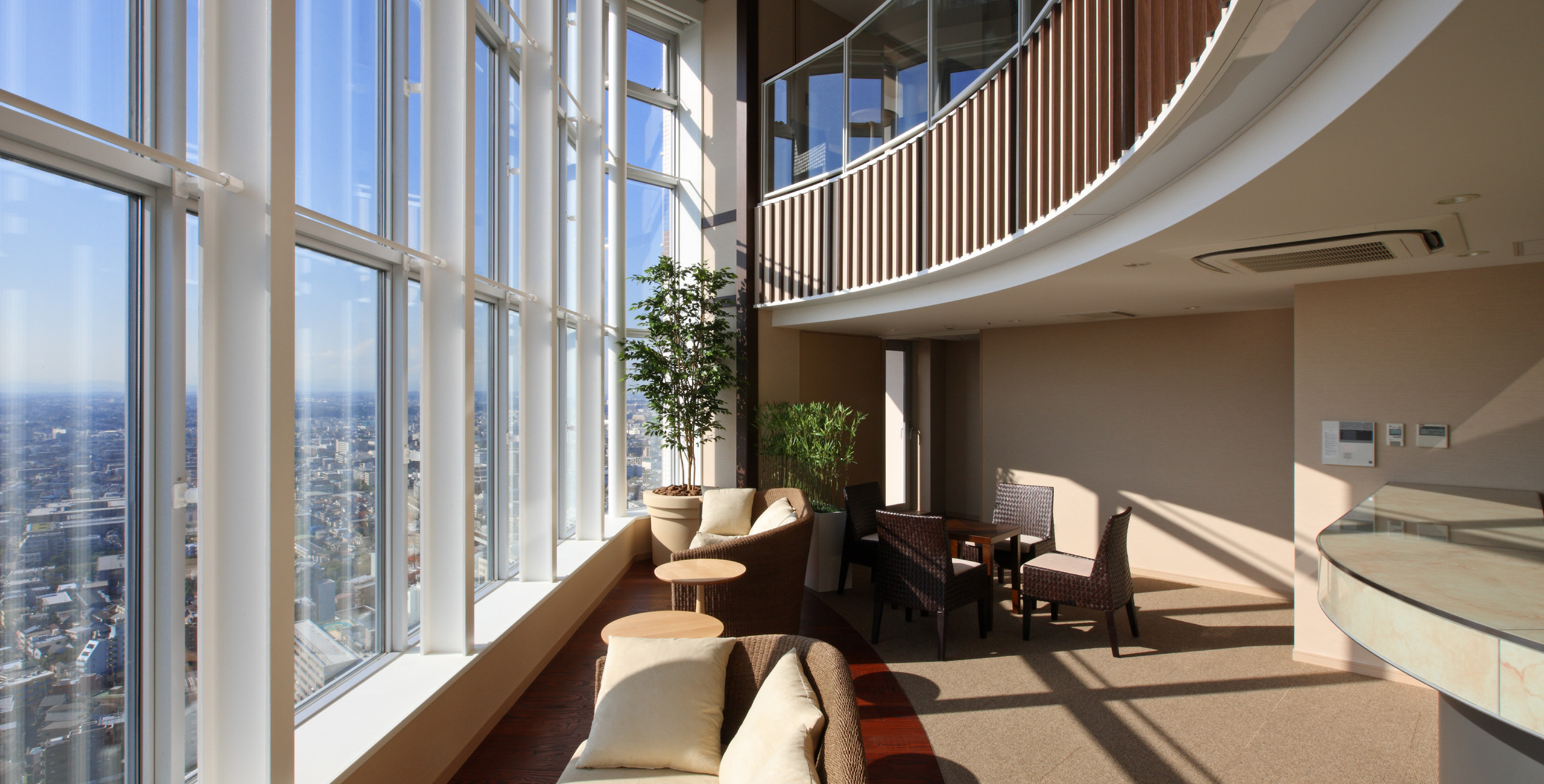 This was a project to create a new town coexisting together with a super high rise tower with a lively bottom area as well as the historical Musashikosugi which used to flourish as a key traffic hub since ancient times during the Edo era. In this project, we didn’t think to design two towers individually, but rather ‘twin birds’ so that they become one and a symbol of this area.
Twin birds literally forms an image of ‘a pair of birds ’developing the town.

In order to create a form that suits the landmark, we set the top part back with a curve and made it a clear and highly visible shape to make it easy to see from faraway. In order to succeed with a large development, it’s important to elaborately create a relationship between the architecture and the urban space and create a linkage sensitively with the human scale of the project.

For the exterior design, we collaborated closely with a famous architect, Tron Duda who we have a close relationship with and used our collective international wisdom to complete the design with sparkles and dynamism that suits the image of ‘twin birds’.