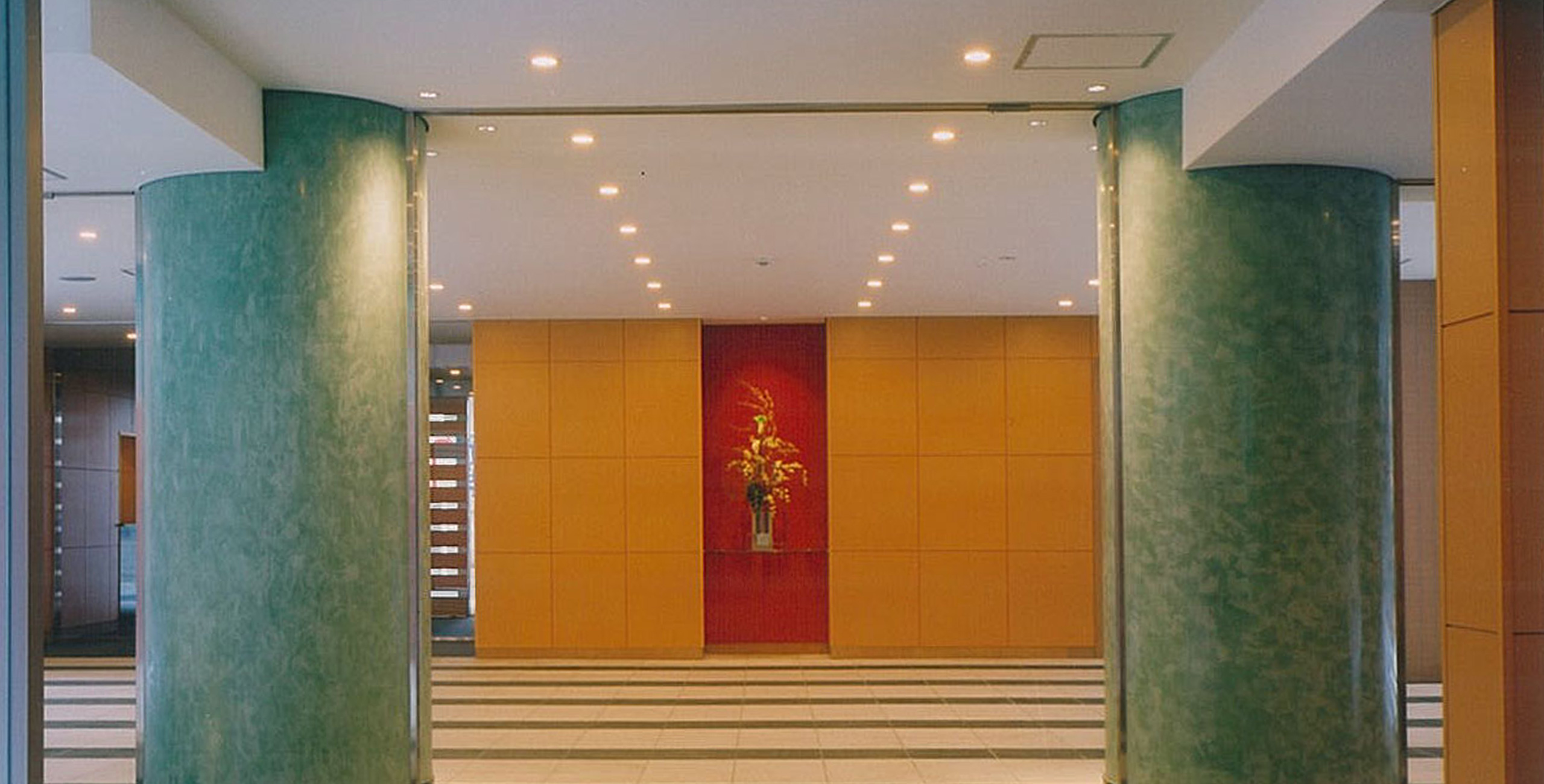 Park City Sendai Itsutsubashi is a residential tower located nine minutes’ walk from Sendai Station on a site facing the elevated tracks of the Shinkansen. Taking advantage of its location at an important point of entry into the city, we designed the building to serve as a landmark of the area.

The design concept came from the characteristic “land, water, greenery and light” of the city of Sendai, which is blessed with abundant natural features despite its urban setting. We sought to express the gentleness, strength and beauty of these natural advantages in the architectural design.

The tower is laid out in a “U” shape, with the opening facing toward Sendai Station. The ends of the “U” have gate-like features to give the building a symbolic presence.
To express the individuality of each unit, we used materials such as tiles, punched aluminum and glass, and installed irregular external walls for cadence.

For the color scheme, we used earth tones in line with the nature-based design concept to capture the unique atmosphere of Sendai, particularly the wide-open spaces and clean air that lets you see for miles.

The goal of the project was to create a building that would endure for 50 or even 100 years. We hope that it will become the pride of the city.

The National Museum of Art, Osaka