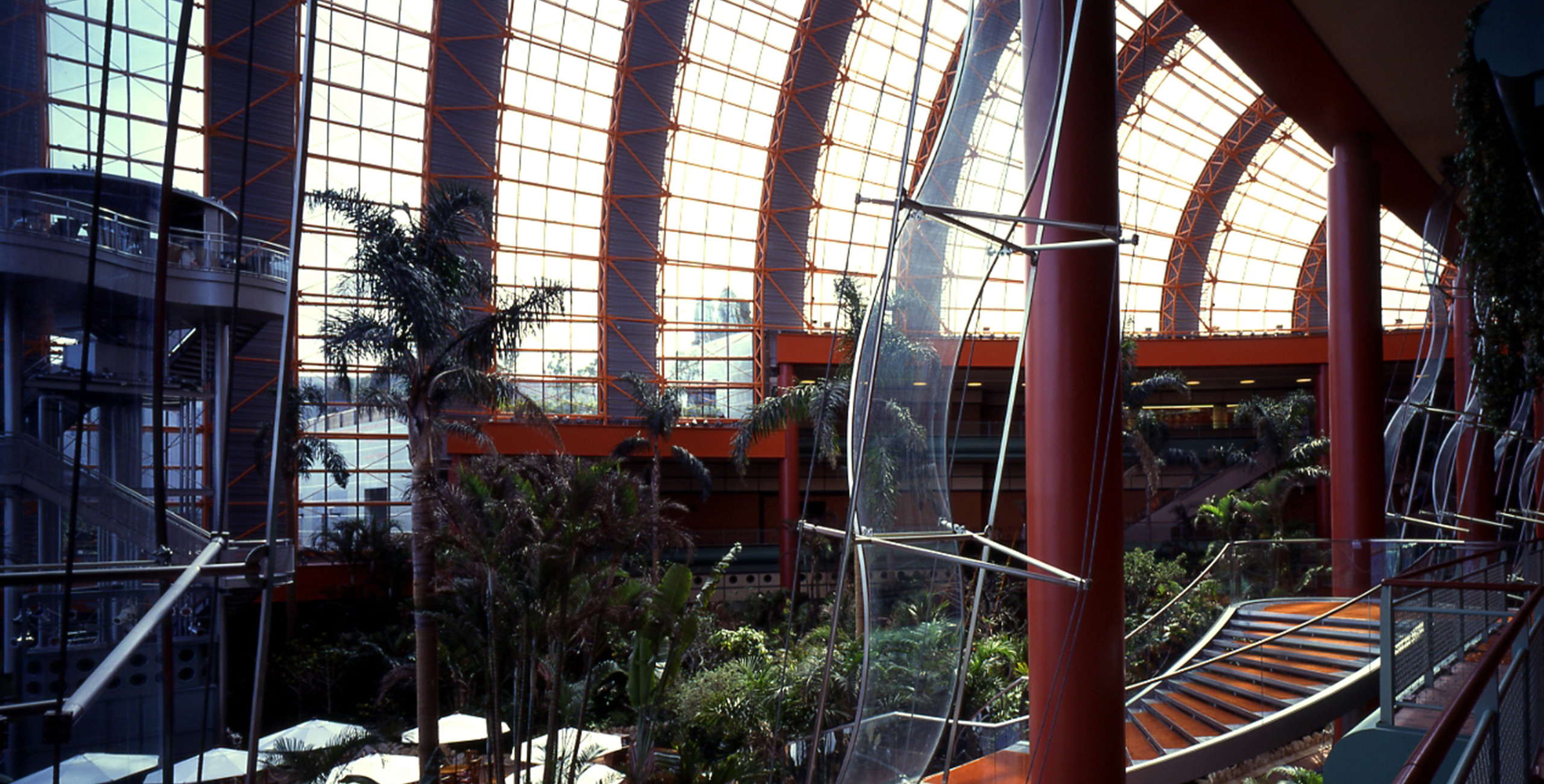 When going on the urban highway from the central Fukuoka suburb of Tenjin, five minutes to the west you will see a glass atrium over Fukuoka dome with a circular roof and tower (hotel) that you may imagine is a boat that looks like it’s going to endeavour into Hakata bay. This project participated in an international competition in 1991 as the second facility after Fukuoka dome in Hawks town that was planned as a convention city.

As a requirement for this project, we gained enough of an understanding about this program, the character of the section, the creative design theme and the client’s ideas that were not bound by common sense in hotel design and linked these together to give Fukuoka city a greater breadth because this was not in the Tenjin area as this new city resort form was achieved. All the rooms of the boat shaped hotel have views of Hakata bay, the building shape expands from the edge of the seaside as the bow of the boat to the south side and that curve respond to the curve of dome right next to it. Also, the lively form that reminds you of wind and waves was created by a set back of the wall surface and sky line in three stages, the hammered porcelain tiles into the precast concrete exterior have a variety of looks that are created depending on the angle of the sunlight that hits it and the weather because of the angle and diagonal pattern of the tiles.