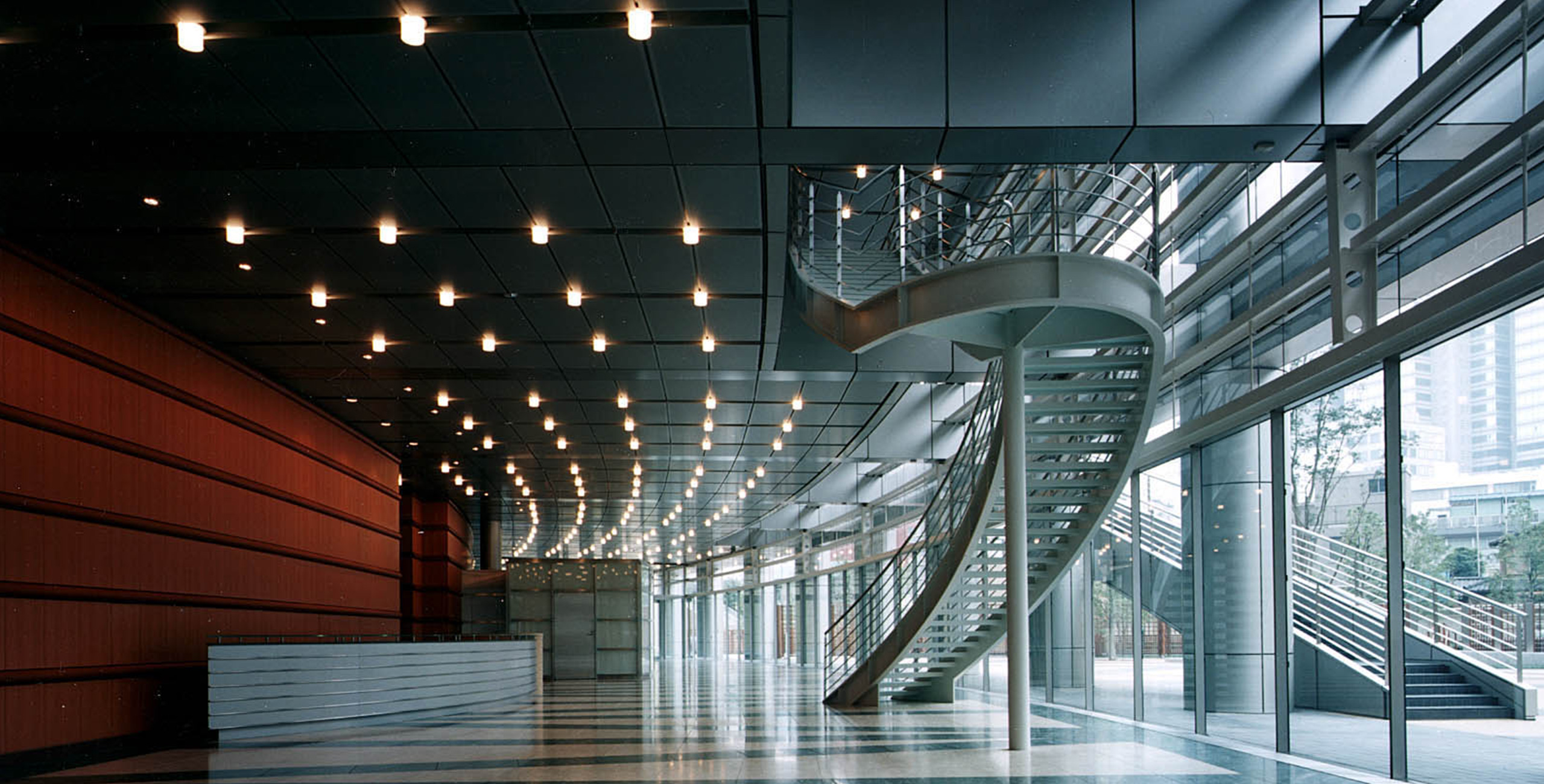 The architecture of a building has two factors to balance, one is the functionality of the interior while the other is the exterior forming a role as part of the city, the balance in this intense relationship is maintained by these two factors on a knife edge.
This building is influenced in position and form by necessary restrictions, radio waves, strong wind between tall buildings and plans to build highways in the future. The circular sector form of this tall building and the arched form of the lower parts are the result of these influences that we considered. It was planned to open a view towards the imperial palace in the centre of Shinjuku from inside the office by placing the core function at the back of the office space.

Shinjuku has its unique and large feeling with super high-rise buildings lined up like a forest and segmented vertically. The exterior of the stairs room at the south west side facing Yamate street and the expression showed by segmenting vertical shafts on parts such as the elevators inherit the city image. The low building, up against the simple and strong form of the high building is positioned a certain distance from the highway so that there is a small comfortable space between the building and the road. We used Minnesota stones that have a warmth to them for the exterior wall of the low building and finished the surface of the stones with a texture to give it a friendliness to welcome people into the building so that identities are created in the town through the colours of the street.