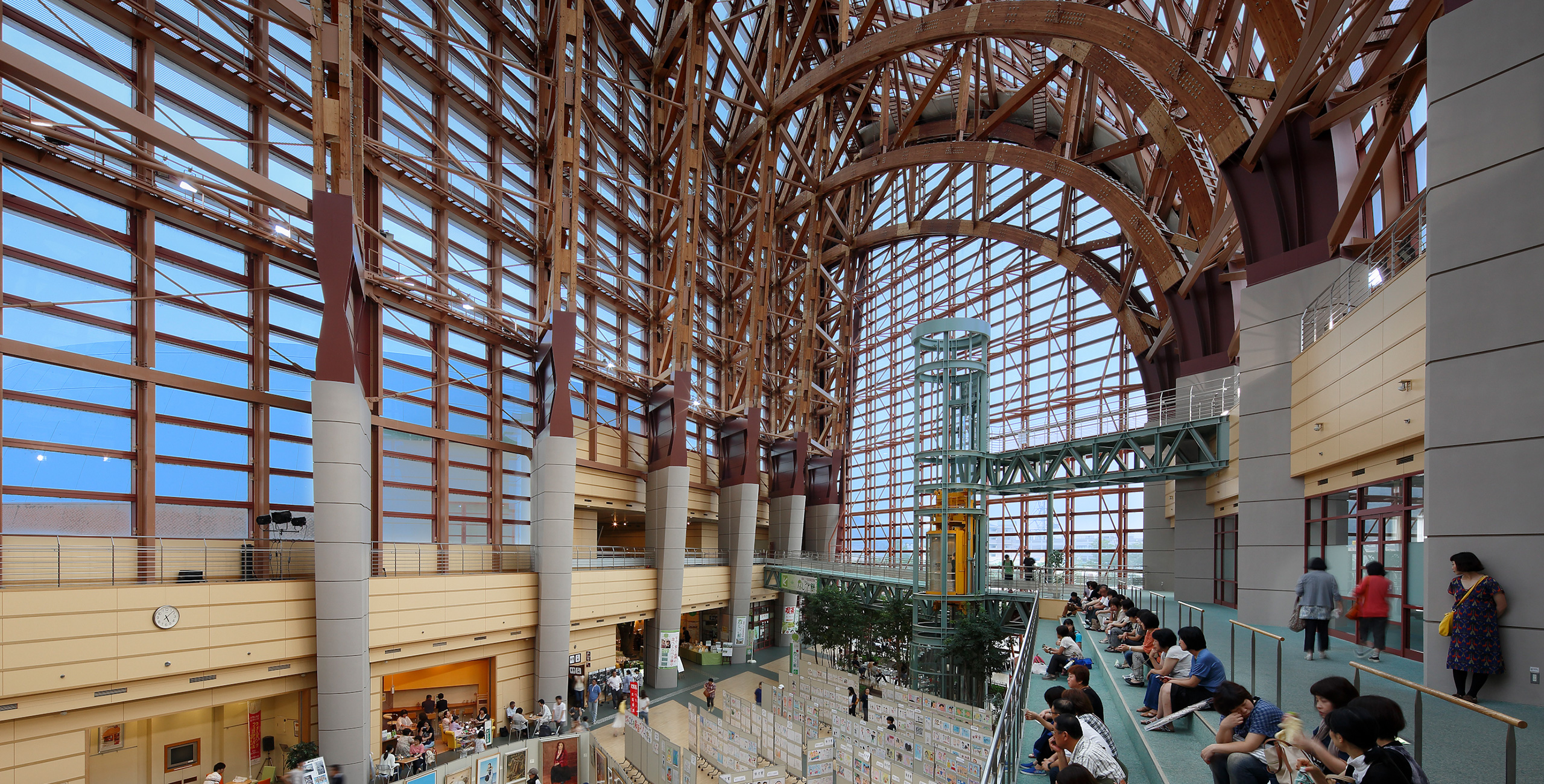 Kurayoshi Park Square was a project that was realized through a public proposal 40 years after the design of the master plan was created by the architect, Kenzo Tange. It was planned with the crossing between the old town and the new town in Kurayoshi City, Tottori, Japan to be on a 45 degree angle. This is a redevelopment project worked on by Tottori prefecture and Kurayoshi city beyond the government framework, it was envisaged with the purpose of utilizing the site of the historic local spinning factory.

Kurayoshi Park Square is a public facility for citizens and was formed as a ‘place’ that with its completion, would promote tourism and industry for the region to again attract people and business and to create a place for meeting people and exchanging information. As the main design plan, what we did in this area that has a small number of fine days and a lot of snow in the winter was try to create a place for gathering in the way of a large space facility called the atrium. This atrium is made from laminated steel and pine wood, it creates a soft light similar to light filtering through trees and contributes to the location’s attraction. The atrium’s importance is huge and it functions well as the knowledge creation space of Kurayoshi city with its wide variety of facilities such as multipurpose large and small halls, facilities for both men and women, a museum, a library and a central square for social activities.