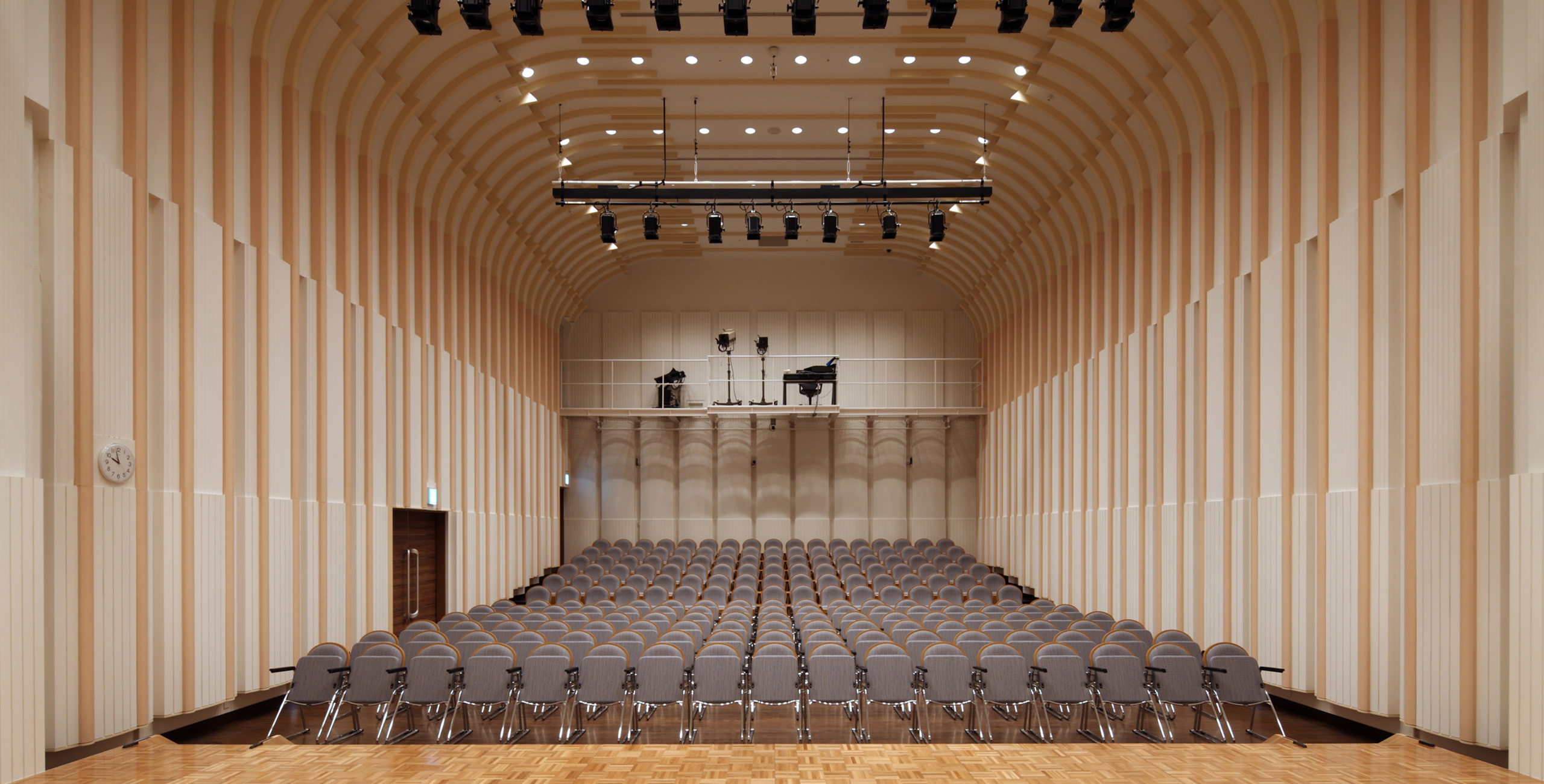 Shimonoseki City Lifelong Learning Plaza is a cultural activity base for citizens which is home to the City’s Central Library and the lifelong learning facility functioning nearby the symbol of the Kanmon strait named ‘Strait Dream Tower’.

There are multipurpose halls with excellent acoustics and an auditorium that can be utilized for ceremonies and other such events. Those large and small halls, the auditorium, the lifelong learning facility and the cafe are all set together so Shimonoseki citizens can make use of them in a central space named the ‘Lifelong Learning Plaza’. The library with a vast resource of books and the large hall that holds various types of events have been set up with the variety of demands from children to elderly in mind. This facility is barrier free and it has been designed for ease of use for visually impaired people and wheelchair users. A workshop was held with local residents when planning the construction with the aim of creating a facility where people with disabilities can use it freely.

The large hall, which is blue in color, was designed with the image of overlapping waves and the deep blue sea seen from under the water, the small hall projects an image of being surrounded by forest road groves with light filtering through the trees with an exterior that presents a motif of a cruise through Kanmon strait which suits Shimonoseki with its tremendous views overlooking the sea. The new social events base was created capturing the essence of the city’s natural environment and scenery, for this reason it has been designed with the whole building being the same height so the horizontal line of the building gives an image of skating on the sea or sky blue color.