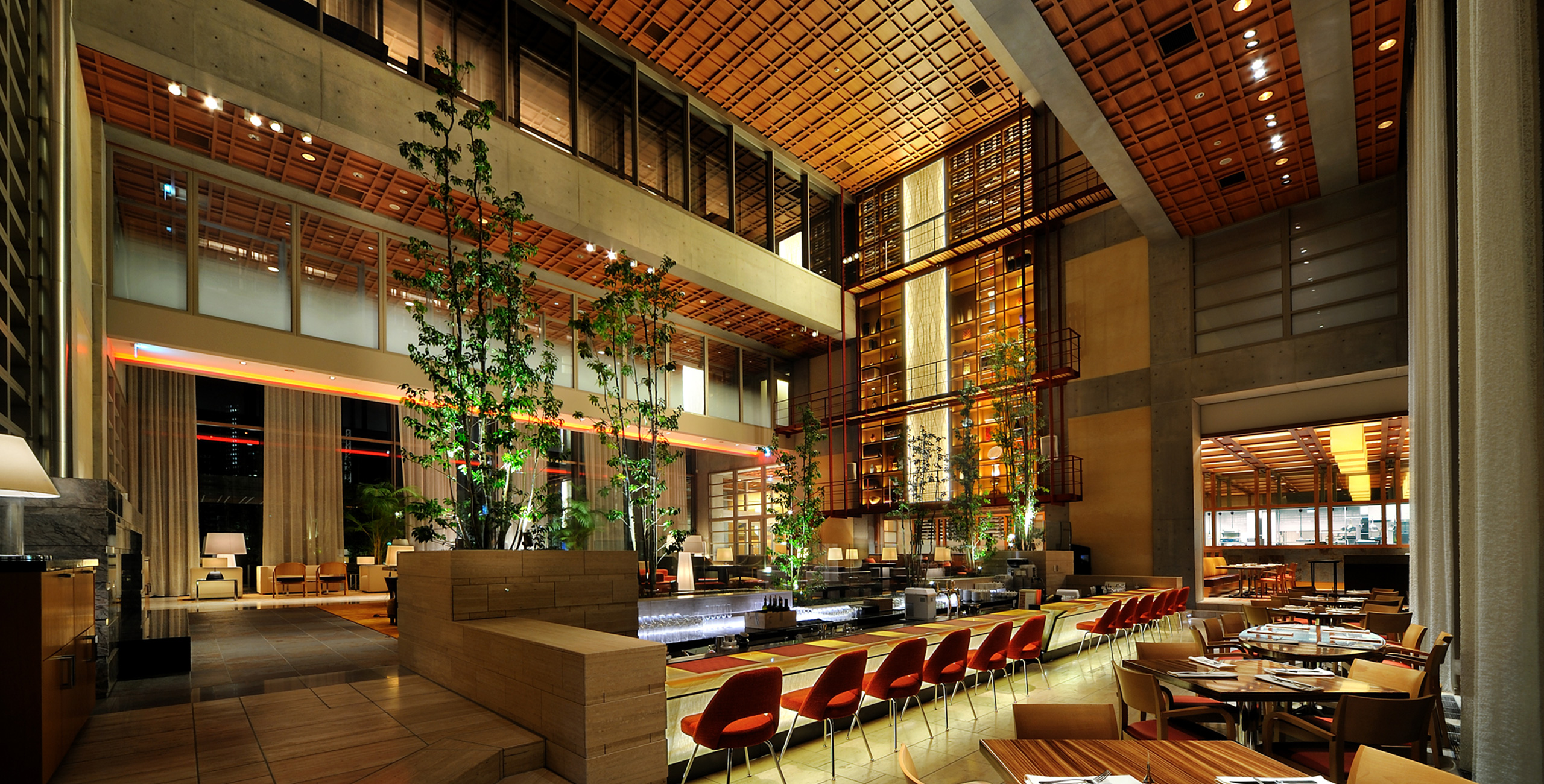 TOKYO AMERICAN CLUB, designed by Pelli Clarke Pelli Architects from the United States. It was a project the Japan office participated in to help supervise the construction work. Cesar Pelli’s original concept was to design a “big house” as the club aims to create the feeling of being part of one big family when you become a member. Based on this concept the club’s various world-class facilities, such as the formal ballroom, restaurants, café, accommodations, family gym, swimming pool, spa, bowling alley and library are combined into a single unit just like a luxury mansion.

Originally built as a temporary club next to Russian Embassy in Mamianazaka, the building was reconstructed including the houses that were next to it. The layout plan consists of a formal zone and a family zone, which are then divided into a left and right wing that are connected to each other by an atrium. The construction of the building was also designed to take advantage of the sloped site.

The original concept was a “big house”, and by designing each room in detail so that none of them are similar, we succeeded in creating a “huge home” for all the members who visit the club.