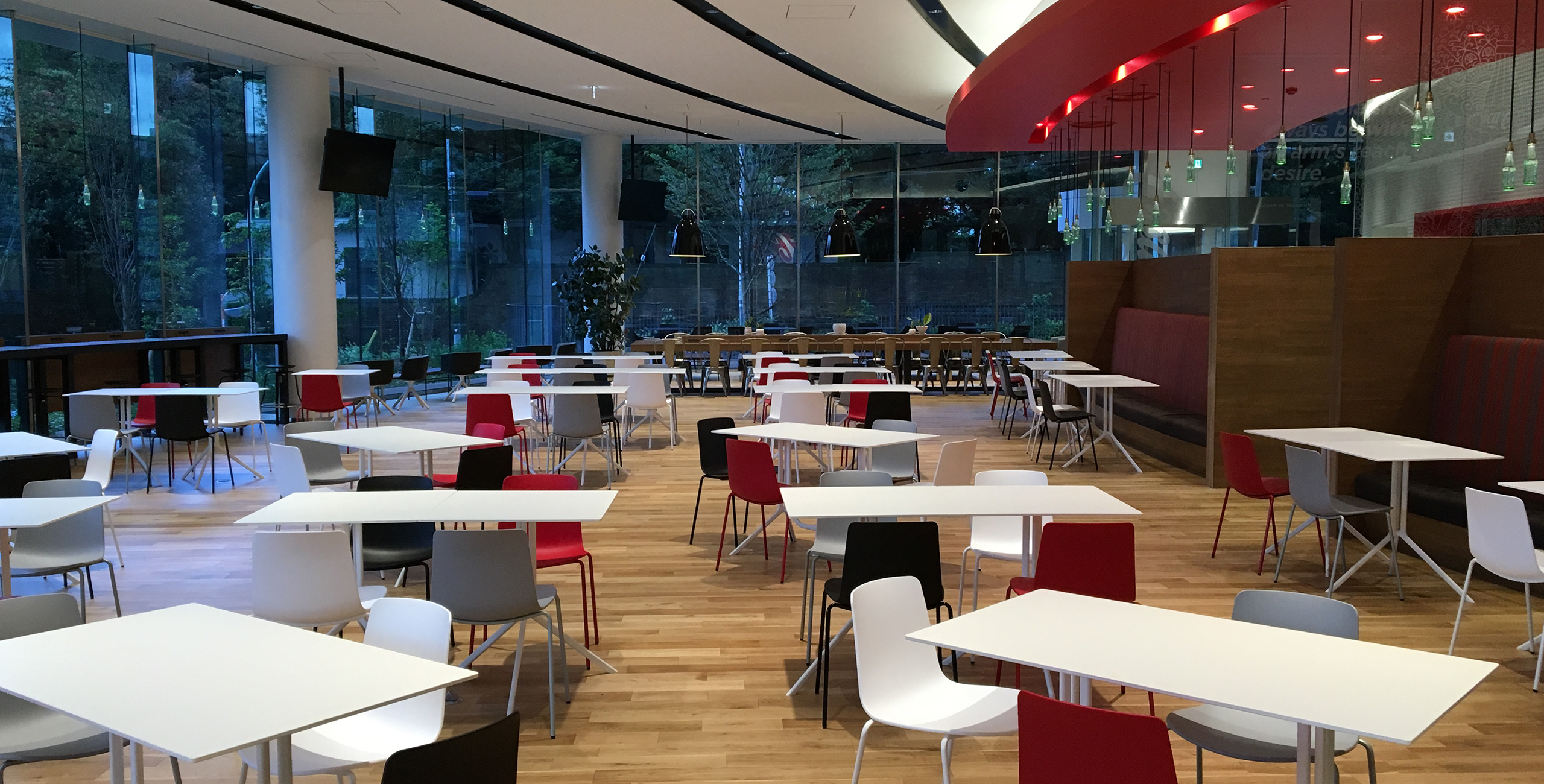 This project started with our winning a design competition in April 2013. With responsibility for basic design and site supervision, we designed a building that is both a suitable headquarters for Coca-Cola (Japan) Company and a befitting face for an official sponsor of the Tokyo Olympic Games in 2020.

Our design approach was based on the client’s concept of “Live positively—Create positive change in the world.” By providing various inviting spaces perfect for interpersonal communication, we designed an office that promotes a happy workplace atmosphere.

For the main office, we secured as large a space as possible and achieved a single-floor area uninterrupted by columns. The unobstructed view increases opportunities for office workers to interact with each other, facilitating their activities. Also, to create a sense of transparency regarding the activities of the headquarters of Coca-Cola (Japan) Company, we created a large stairwell, called “communication steps,” making the comings and goings inside the building visible from the outside.

Seeking a design that would make the new building a memorable one, we adopted a glass curtain wall for the eastern exterior, aiming for a shape that would evoke the Coca-Cola contour bottle and choosing a color close to its Georgia green. In consideration of the aerial view, including as seen on Google Maps, the rooftop deck also features a cutout of the famous bottle. In addition, to represent the corporate identity, we scattered iconic Coca-Cola graphic symbols in various places including on the interior walls and northern exterior walls. In this way, we succeeded in creating and conveying the idea of a space full of playful minds at work.

A reference about the contour bottle and Georgia green:
http://www.cocacola.co.jp/history_/story/bottle.html