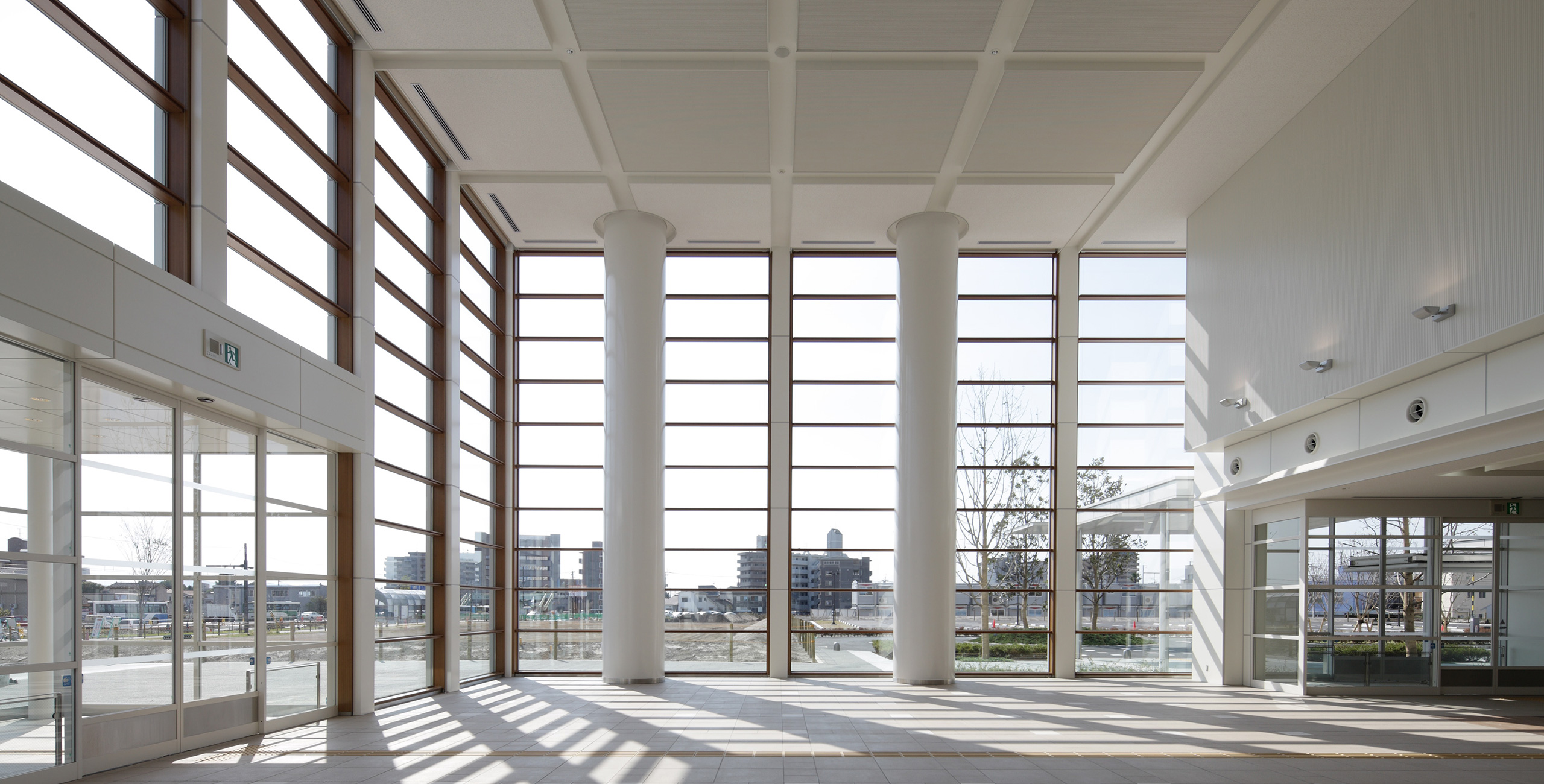 We utilized features around Kumamoto station that have people, train tracks, cars and multiple views to create an exterior design that has different faces depending on the angle it is viewed from. The outer wall is dynamically segmented by using different materials and a design that uses a vertical base of tile hammering PCa version and a horizontal base of rib-shaped metal plates.On top of that, it adopted a mouth opening eave and incorporated rib-shaped material to care for the environment and prevent the building from becoming unclean, giving it a decent and dignified appearance with shade from the strong Kumamoto sun.

The entrance hall has a government office dignity and is coloured in white with earth colours that represent the region of Kumamoto.
We undertook the project after a thorough consultation with the local council around the use of the building and square, the placement of the tower and the external design so that the design was as the new government office should be.