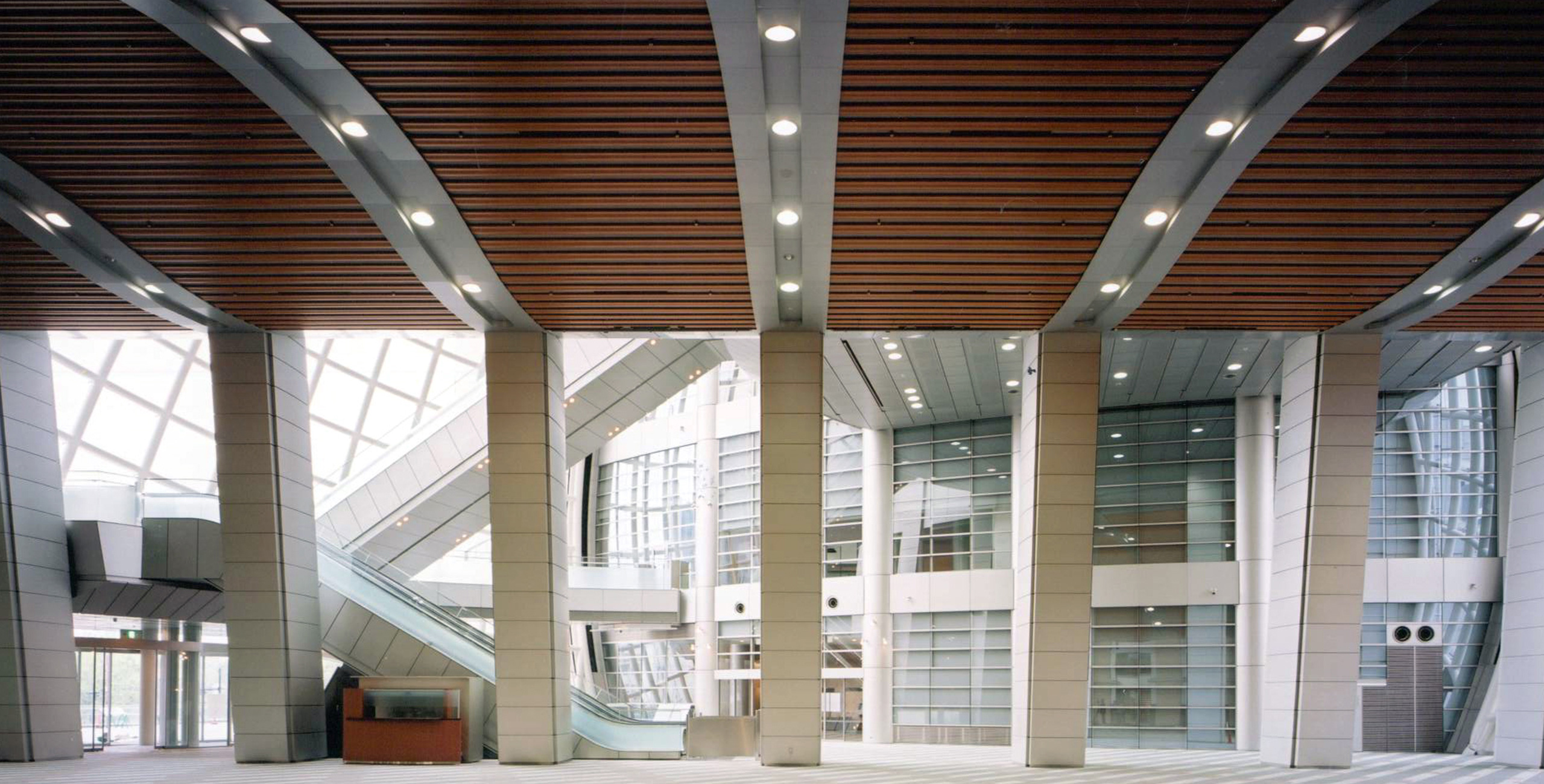 The project of producing the NHK Osaka Broadcasting Centre and the History Museum of Osaka City complex was undertaken as a part of Osaka City’s ‘continuous integration of Nanba imperial remains and Osaka Castle Park’ in Osaka city. In this area is home to the remains of Naniwa temple which is a historic cultural root of Osaka, it was designed based on being constructed along the line of the historic remains. Also, the spindle-shaped museum was constructed facing 45 degrees the other way, it faces Osaka Castle Tower to create a sense of weaving the historical and modern architecture.

Also, the atrium space with a spherical glass coating exterior is a space where Osaka Broadcasting Centre and Osaka Historical Museum join each other, it functions as a shared space for people to gather at the large hall, the plaza and the cafe which all face the central space. In order for both buildings to be slightly joined to the globe visually and structurally, they designed the globe with light and thin materials as much as possible with uniform continuity and clear views from the ground to the sky. In the evening, the atrium becomes transparent as people from outside can look in and view the activities within.