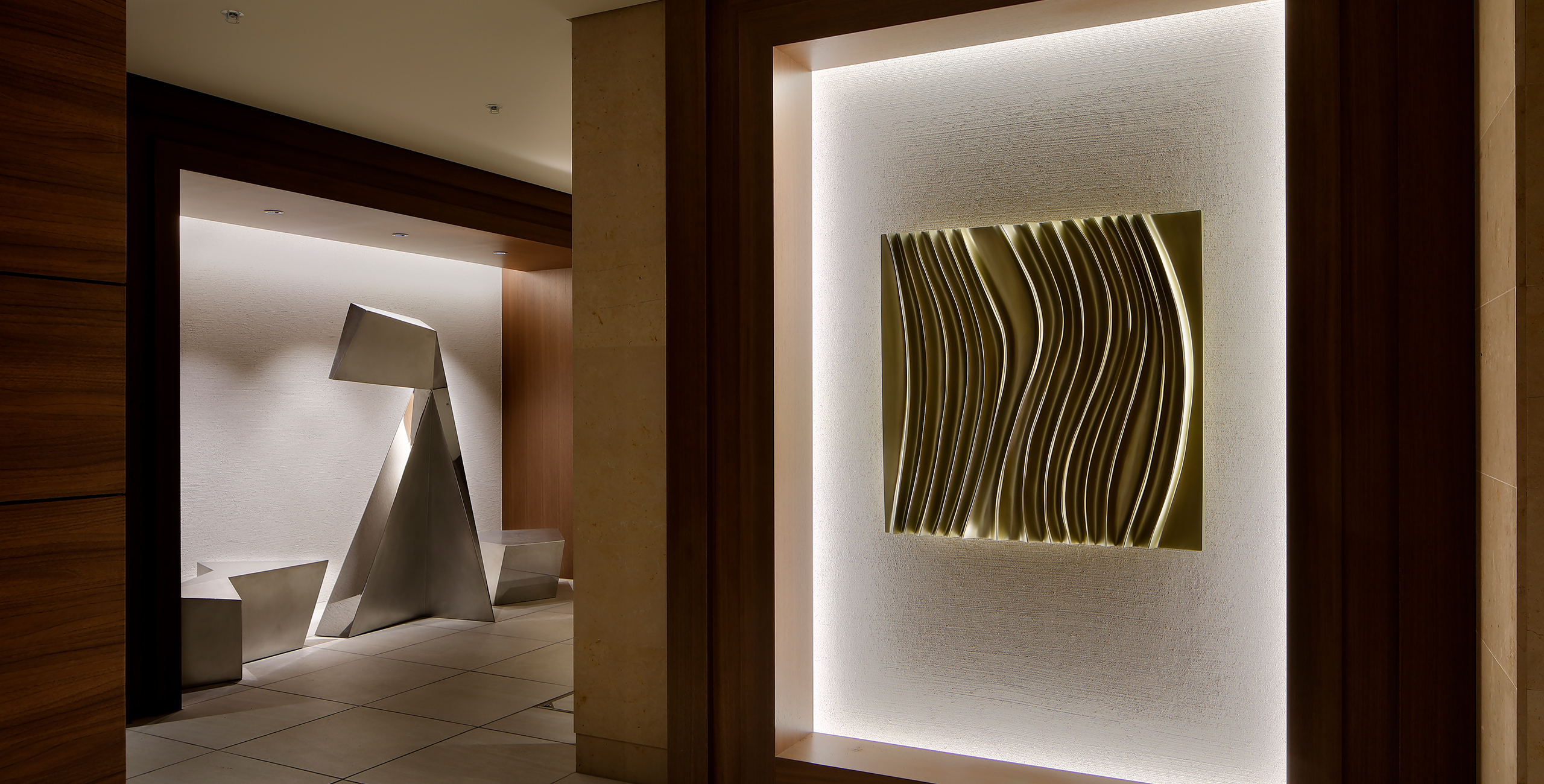 Our goal in this project was to create a landscape in which nature and architecture are inseparable. Rather than considering the building as a standalone entity, we sought to reflect the characteristics of the location and the appearance of the hill in its design. In this way, we pursued a design that would serve as a starting point for a new landscape development. That is, we imagined a typical suburban landscape in Europe and thought about what our landscape would be like in 100 years’ time.

For the main entrance on the north side, we used an L-shaped frame that warmly beckons and welcomes residents arriving home after having climbed the hill from the station. Overlapped with another L-shaped frame above, it creates an impressive view from below and gives residents an uplifting feeling.

At the entrance hall, which is on the retaining wall, the glass atrium facade evokes the same sense of space as can be felt on the hill. Focusing on the direction in which one looks up from the surroundings, we adopted a flexible design featuring overlapping curved lines reminiscent of clouds. In this way, we produced a space residents will be proud of and passersby will want to visit.
The facade adjacent to the slope is designed to look as if the earth-color-tiled frame were emerging from the hill along with the West and South Wings. We designed the shared corridor on the north side of the South Wing to take on the appearance of a residence. Also, we created a design link between the two wings. In addition, the top and the south side of the West Wing are marked off from the rest with a refreshing white volume. The design reflects the splendid view of Mt. Fuji and cherry trees along the Asao River.

In contrast to the main entrance, the sub-entrance is in harmony with the surrounding residential area in terms of sense of scale. With a careful planting plan, we created a subdued impression evocative of an alley experienced on a human scale. In the common area, we tried to express the uniqueness of the location through interior design by installing a number of artworks that narrate the story of the land.
We hope that the design, which was developed by carefully examining the characteristics of the landscape, will over the years blend into its natural surroundings and have enduring aesthetic appeal as a new landscape resource.