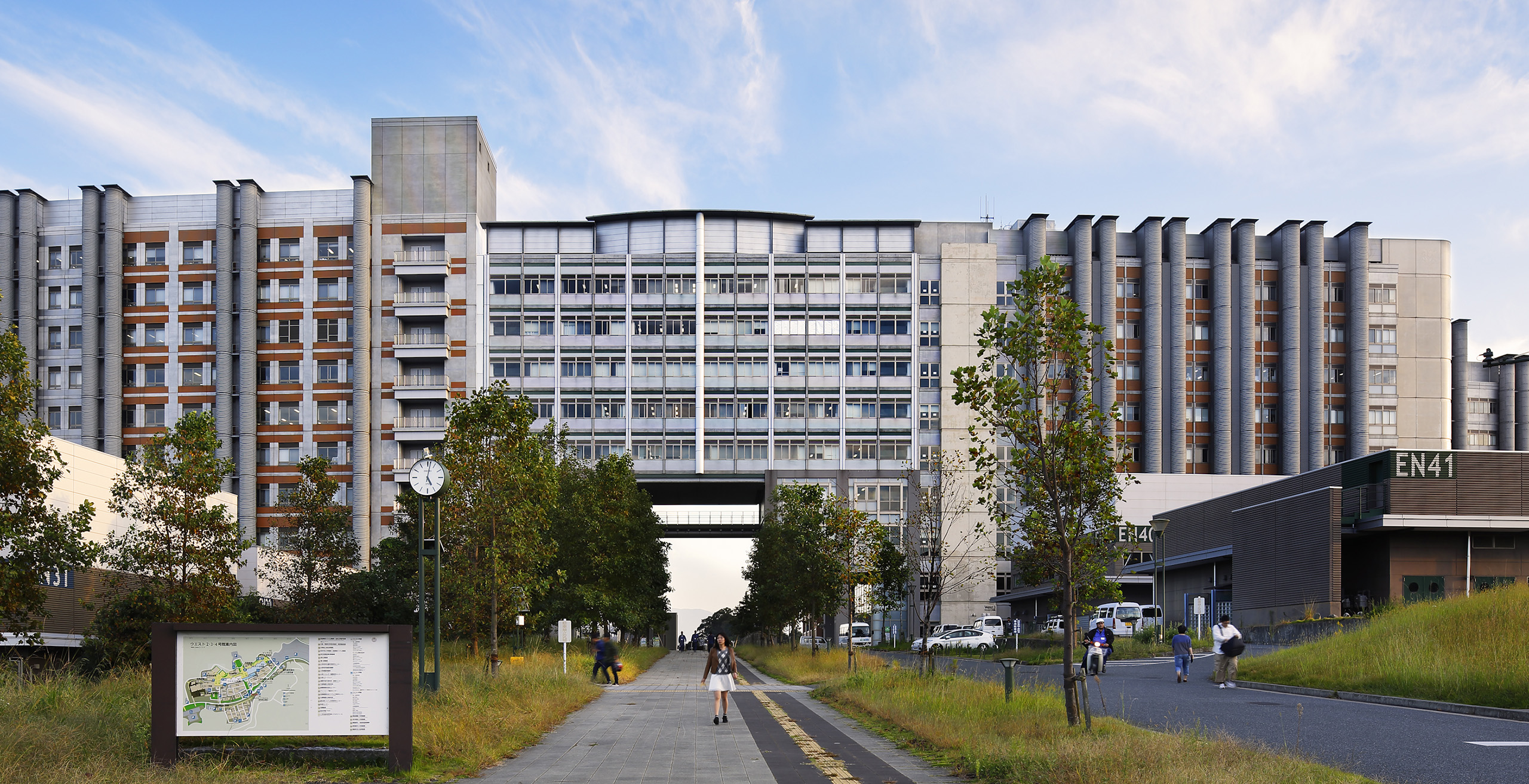 We developed the New Campus Master Plan for Kyushu University with many other participants to create a consistency in the design of the campus space and to maintain continuity for future designs. Using the resulting plan as a base, the overall project commenced with the designing of the Faculty of Engineering.

The Faculty of Enginnering is located in the “West Zone” of the campus. An expressway runs along the north side and a low-rise common use facility, which was developed alongside the extensive space called the Campus Common on the south side. We integrated this “zoning” feature into the floor planning of the high-rise building by placing the laboratories on the north side in the “Labo Zone”, and offices on the south side in the “Office Zone” ; the two zones are then connected with a transition space called the “Semi Office Zone”.

The south side enjoys the extraordinary view the Campus Common and was given a sense of openness and spaciousness by using full-height glass. On the north side, to have maximum flexibility for equipment, towers called the Technical Shaft were placed on the outside of the building. The east and west end design, which is important in expressing the Research and Educational element of the facility expresses the overlapping layers of the Office Zone, Semi Office Zone and Labo zone.